Korda Battles Through Against Nishikori In Halle To Reach QF 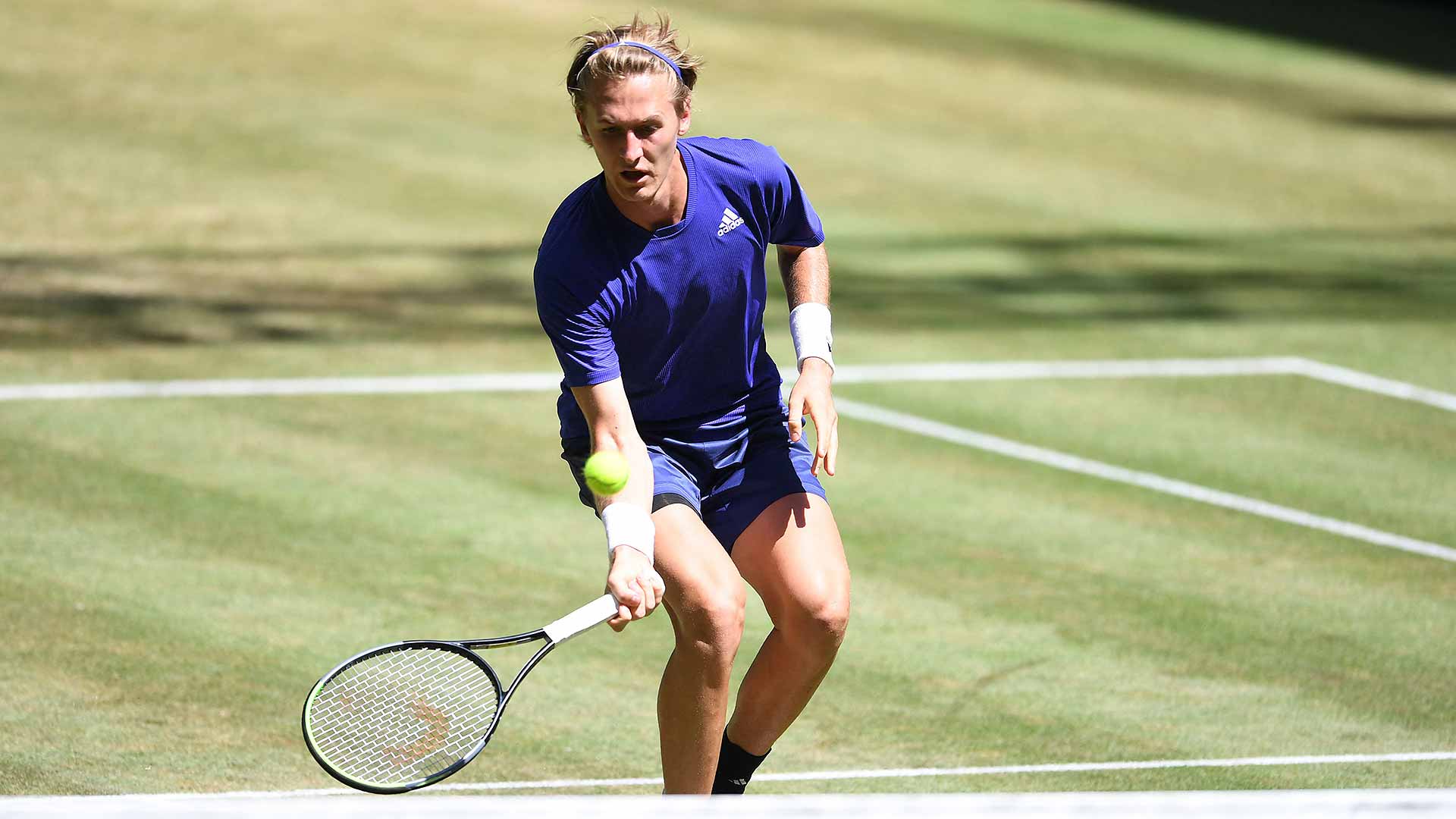 #NextGenATP star Sebastian Korda moved into the quarter-finals at the NOVENTI OPEN as he edged out Kei Nishikori 2-6, 6-3, 7-5 in Halle on Thursday.

Korda is now 18-8 on the season, having won his first ATP tour title on the clay at the Emilia-Romagna Open (d. Cecchinato) in May. The American reached his first ATP Tour final at the Delray Beach Open by VITACOST.com (l. to Hurkacz) at the start of the year before advancing to the Miami Open presented by Itau quarter-finals (l. to Rublev). He will next play third seed Alexander Zverev or Ugo Humbert.

The 20-year-old, who is currently No. 52 in the FedEx ATP Rankings and making his debut in Halle, won 69 per cent (50/72) of his first-serve points and hit eight aces to advance in two hours 37 minutes.

The Japanese star started quickly, breaking Korda’s serve twice in the opening set to move 4-1 ahead. He won 67 per cent (4/6) of points behind his second serve as he closed out the opening set in 31 minutes. However, Korda gained a foothold in the match during the second set, as he won two mammoth games to first break Nishikori, and then hold serve. This moved the 20-year-old into a 5-2 lead, and he successfully served out to level.

Nishikori, a semi-finalist in 2014 and 2015 in Halle, fended off three break points in a nine-minute game at the start of the third, before Korda also held firm. The contest continued to go with serve until the 11th game, when Korda broke Nishikori with a wonderful lob. Korda saved a fourth break point of the set as he closed out the contest on serve.

“I would say it was a good level from both of us,” Nishikori said. “I think I played almost too good in the first set. He then started making more balls and changed his position and started playing better in the second, and I think the third set could go both ways. I had many chances, but he played good points and he deserved to win as he took risks.”

Nishikori is now 14-12 on the season, having reached the quarter-finals at both the Dubai Duty Free Tennis Championships (l. to Harris) and the ABN AMRO World Tennis Tournament in Rotterdam in March (l. to Coric.)