Most molecules exist in mirror-image forms, and yet life prefers one over the other. How this bias began and why it persisted is one of the most baffling questions in biology – but now we have an answer

LIFE can be strange. Just look at narwhals, and those stick insects that resemble leaves on legs. Or consider the cockeyed squid, with its bizarrely mismatched peepers: one yellow and huge, the other tiny and blue. And yet almost nothing about life is as baffling as the lopsidedness at its core.

All biological molecules have an inherent “handedness”: they can exist in two mirror-image forms, just like your left and right hands. But for each type of molecule it uses, life on Earth prefers a single form. So much so, in fact, that their opposite numbers are rarely seen in living things.

How did life’s building blocks end up single-handed? The short answer is we don’t know. Some people have suggested that something happened in space to seed the predilection for left or right-handed molecules; others reckon it happened in shallow prebiotic pools where life is sometimes thought to have begun on Earth. Now, one researcher is claiming to have uncovered the first hints of a more convincing answer – one that could explain not only what broke life’s mirror in the first place, but also give a richer understanding of why the preference for one form of molecules has persisted over billions of years of evolution.

The answer comes not from deep space or deep time, but from the quantum nature of matter. And if the latest discoveries are anything to go by, its unexpected influence on the building blocks of life could solve the mirror mystery once and for all by revealing in fine detail why some of the most fundamental processes in biology work … 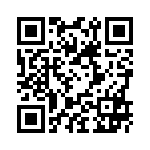 Will We Recognize Life on Mars When We See It?