Tsitsipas decided on his final trip at the last minute because he was itching for “something exciting, something new, something fresh”.

“It was one of the best couple of days that I spent this year, with a few of my friends. We had a lot of fun, and the experience overall was great,” Tsitsipas told ATP Uncovered in an exclusive interview in Dubai.

But the 21-year-old Tsitsipas, who finished the 2019 season at a career-best No. 6 in the year-end ATP Rankings, was eager to get back to work and start his 2020 pre-season training. Just as there was so much for him to explore in the off-season, there is so much for him to improve in the pre-season.

“I was ready for it, I really wanted to start. I really feel like there are things to improve all the time. For me, the pre-season is an exciting part of the year where I get to add things to my game and get to fix a few things that haven’t been working, or maybe I can slightly improve them. It’s three weeks in which I can benefit a lot and learn even more,” he said.

Tsitsipas is coming off his best season yet, winning three ATP Tour titles from six finals, and he brings the best momentum possible into the 2020 pre-season, having won the biggest title of his career at the season-ending Nitto ATP Finals at The O2 in London.

You May Also Like: 2019 Most Improved Nominees: Auger-Aliassime, Berrettini, Medvedev, Tsitsipas

Tsitsipas beat Roger Federer in the semi-finals and Dominic Thiem for the title. The 2018 Next Gen ATP Finals champion was strengthened by overwhelming support from his Greek fans at The O2.

“That benefitted me a lot, gave me such a boost and brought my game to such high energy levels. You cannot ask for anything better. It was a great, great week with good fan support, a good team around me,” Tsitsipas said. “I left London with a trophy, which was just, I couldn’t really believe what just happened.”

All of his fans, not just the ones with white and blue flags, boosted Tsitsipas throughout the season, especially during his down moments. The Greek had opening losses at eight tournaments, including at ATP Masters 1000 events in Montreal and Cincinnati and at the season’s final two Grand Slams, Wimbledon and the US Open.

But he finished the season strong, making his third Masters 1000 final in Shanghai and winning the title in London.

“I did have a lot of moments this year in which I didn’t feel very confident and I was doubting myself. The fans played an important role in bringing me back to life, my family as well, the other people around me. They knew that I was struggling, I wasn’t hiding this from them. I managed to take my time, think and process and come back stronger. I think we all have the ups and downs, and it’s normal to reflect on them and use them as a source of strength,” Tsitsipas said.

The 21-year-old takes his relationship with his fans seriously, knowing how much support he has derived from them. He finds ways to connect with them directly. For instance, during the off-season, Tsitsipas has produced two travel vlogs for his YouTube channel.

“I love to interact with my fans. They bring so much to me. They motivate me, they inspire me to be, not just a better tennis player, but also a better human being,” he said.

“I think the relationship with my fans has to always be the best because they bring so much to the table. They help me so much with my career. For me, it’s key to maintain a good relationship with them and to connect with them in levels where they feel they know you as a friend.”

Tsitsipas will rely on his fans again in 2020 as he seeks more Sunday smiles during his fourth full season on the ATP Tour. Tsitsipas will be aiming for his first ATP Masters 1000 title and his first Grand Slam championship in the new year.

His season will begin with full-fledged Greek support Down Under. Tsitsipas will lead Greece at the inaugural ATP Cup, to be held 3-12 January in Brisbane, Sydney and Perth. Greece will compete in Brisbane against Germany, Canada and Australia in Group F.

“It’s going to be a very strong start of the season. We’ll have many difficult things to face at the ATP Cup, so it won’t be easy for us. And we’re going to have to bring the best out and work as a unit and work as a team,” he said. “I know we’re playing individually, but what makes it exciting is playing as a team and sticking together and playing for one cause.” 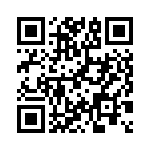 Rojer/Tecau Battle Through Tough Opener At The Australian Open