The coronavirus outbreak in China has forced many major sporting events to be either postponed or cancelled. Here’s the list of all the sporting events which have been affected by the deadly outbreak:

World indoor championships in Nanjing from March 13-15 postponed to March 2021.

Asian Championships in Chongqing from April 25-May 3 to be relocated.

Hockey Pro League matches by China against Belgium and Australia in March postponed.

A Chinese team, which includes several Olympic champions, withdraws from a World Cup tournament in Melbourne next week due to Australian government-imposed travel ban on travelers from China.

Singapore athlete of the year awards on Feb. 26 postponed.

SportAccord summit in Beijing from April 19-24 cancelled. New site to be determined. 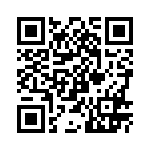