New Delhi: Low visibility due to severe fog on Wednesday affected the movement of as many as 17 Delhi-bound trains by one to five hours in the Northern Railway region, which on Tuesday also witnessed delayed running of trains.

The list of other trains running late is given below. 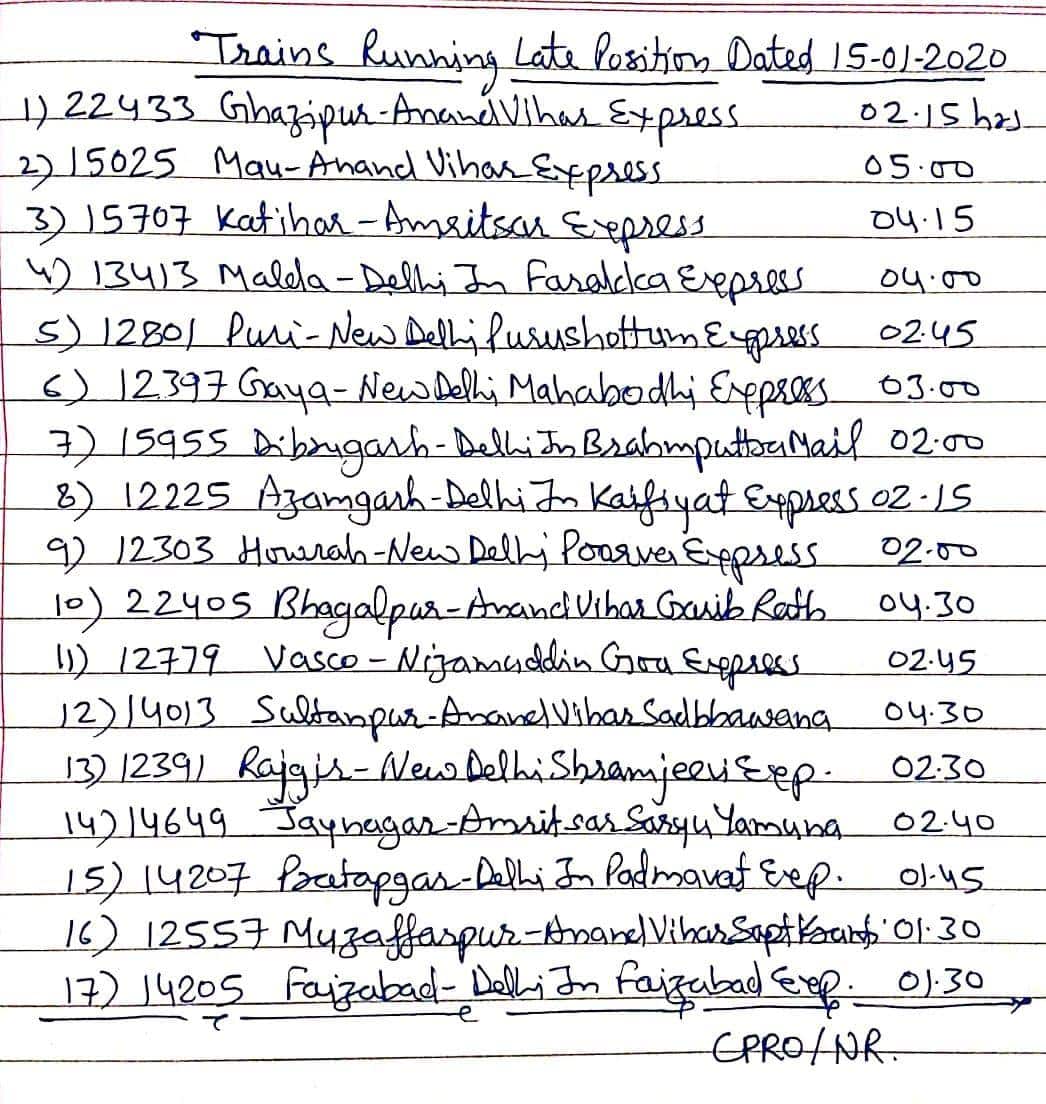 On Monday, at least 15 Delhi-bound trains were delayed by about two to five hours due to severe fog in several parts of northern India.

Due to the prevalence of cold weather conditions, very dense fog was observed in a few pockets over Bihar, East Uttar Pradesh, Punjab, and Rajasthan at 5:30 in the morning on Wednesday, said India Meteorological Department (IMD).

IMD also informed that in Amritsar, Ganganagarm Bahraich, Sultanpur and Patna, the visibility in the morning was only 200 meters. Also, the minimum temperatures were markedly above normal — 5.1 degrees Celsius at most places over Himachal Pradesh and Gujarat region and also over few places over Haryana, Chandigarh and Delhi.

According to IMD, a fresh disturbance is likely to affect the western Himalayan region and adjoining plains of northwest India from 18-20th January, onwards.

“Under its influence, scattered to fairly widespread precipitation likely over Western Himalayan region and adjoining plains of northwest India during 19-20 January, with peak activity of January 19, 2020,” the IMD stated in its All India Weather Warning Bulletin.