It wasn’t a dark and stormy night , but it was an unprecedented one in the history of Indian Parliament.

On the intervening night of Monday and Tuesday, the Lok Sabha worked till 12.24 am (Tuesday), clocking a new record of sitting beyond midnight for two consecutive nights after it did so on Sunday-Monday as well.

And while the Lok Sabha was still buzzing even as the clock announced the beginning of Tuesday, just outside the parliament building, near the statue of Mahatma Gandhi, a group of eight members of parliament (MPs) suspended from the Rajya Sabha by chairman Venkaiah Naidu for “gross disorderly conduct”, organized the first overnight protest seen in Indian Parliament.

It was a new addition to the many new normals of the monsoon session against the looming shadow of a rising number of Covid-19 cases in the country.

The night, as alive and richly coloured as the day, presented the two faces of India’s parliamentarians — their commitment to work beyond the stipulated hours of the House and their right to democratically protest.

In the Lok Sabha, Speaker Om Birla, 57, sat through the proceedings till the House was adjourned early on Tuesday to meet again in the afternoon.

Parliament is no stranger to marathon proceedings. In the 70’s and 80’s, budget discussions often spilled over into the next day, but long time parliamentarians and also watchers of parliamentary proceedings claimed that this is perhaps the first time that bills were passed after midnight .

Kareem, 67, is the eldest of the eight and Rajeev Satav, 46, is the youngest.

They eventually called off their protest late on Tuesday morning, after their parties decided to boycott the Rajya sabha for the reminder of the session. 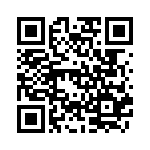