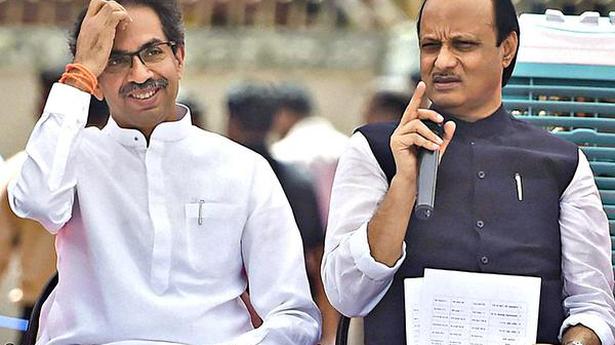 As Maharashtra stares at a major economic crisis as a result of lockdown due to COVID-19, the State government has begun taking steps to cut down on the expenditure. In its first step, the government will be releasing salaries of March in two instalments.

Deputy Chief Minister and State Finance Minister Ajit Pawar said the decision was taken considering the grim financial condition of the State as well as to give moral and financial support to the fight against coronavirus. “The State was to receive its due amount of ₹16,654 crore from the Central government by March 31. But it did not receive the amount even on the last day and as a result, the State government was forced to take the decision to disburse the salaries in two instalments,” he said.

Mr. Pawar added that every employee would get the salary due, but in two instalments.

This was a change from an earlier statement where he had said that there will be a salary cut of up to 60% due to the financial impact of coronavirus and lockdown. The earlier statement had said that salaries of all elected representatives, including the Chief Minister, the Deputy Chief Minister and all Ministers, would be cut. For the month of March, only 40% of the total salary, including to the representatives in local civic bodies, will be given, the statement had said.

The earlier statement said that State government employees belonging to grade A and B will receive 50% salary, while Class C employees will get 75% of their remuneration. There will be no pay cut for Class D employees and no cuts in pension amount have been announced. This is applicable for the salaries of March and April 2020. However, a Government Resolution (GR) issued later said that the salaries would be given in two instalments and that there would be no cuts.

According to sources in the Finance Department, the Maharashtra government spends around ₹12,000 crore per month on salaries of its employees. Mr. Pawar on Monday written to Union Finance Minister Nirmala Sitharaman demanding a special package worth ₹25,000 crore for Maharashtra. He had also demanded ₹16,654 crore dues from the Centre.

Issuing a clarification on the subject, in a social media address, Chief Minister Uddhav Thackeray too said there will be no salary cut of government employees.

“After this war against corona is over, we will be facing a financial crisis. We have to take actions and be prepared for it from now itself. For that, we have taken some measures. We will be giving salaries of government employees in instalments. No salary cut has been announced,” said Mr. Thackeray, appealing to citizens to not trust rumours.

Meanwhile, Housing Minister Jirendra Awhad has said that he would donate his salary of the whole year for the relief work related to COVID-19.