A stray cat named Toodles was living in a mobile home community when a scuffle with a dog left her in need of help. Mindy Brocato, an employee at the Anne Arundel County Animal Care & Control who lives in the community, rushed her to the shelter.

But when Toodles arrived in early April, everyone could see that she was a new mom. 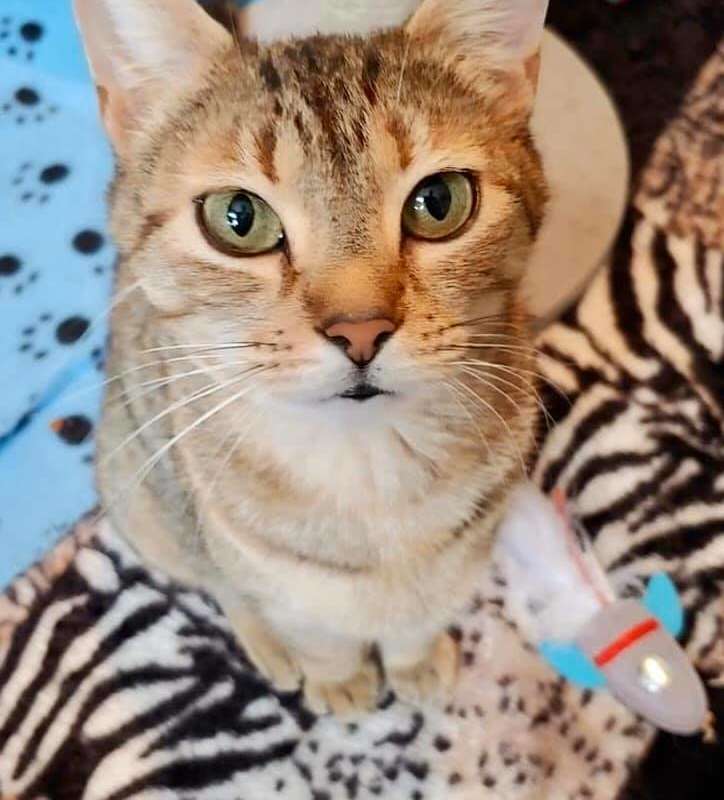 Once Toodles was safe, the search for her family began.

“Toodles was lactating and clearly had recently had kittens,” Chris Weinstein, a board member of Friends of Anne Arundel County Animal Care & Control, told The Dodo. “Mindy alerted her neighbors to be on the lookout for kittens. Five were found under a mobile home and Mindy rushed them to the shelter.” 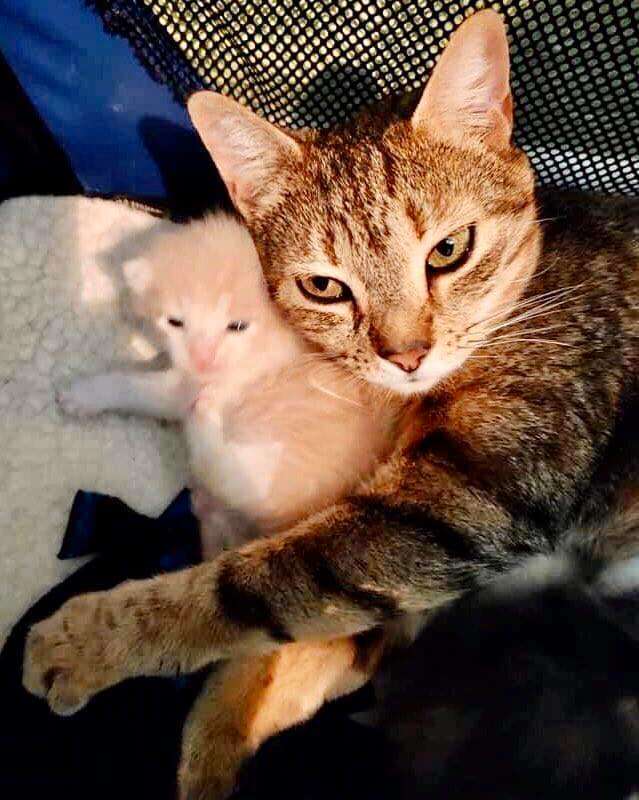 When a shelter employee carefully placed the first baby on Toodles’ bed, the mama cat sniffed the little kitten and meowed with joy. The rest of the kittens, who were about 2 weeks old, clambered onto their mom letting out tiny squeaks and began to nurse.

You can watch the touching reunion here:

That night, Toodles and her little family were transported to a foster home for more personalized care. But even though Toodles had her kittens back, it still seemed as if something was bothering her.

A few days later, a sixth kitten was discovered crying for her mom in the insulation of the same mobile home where the rest were found. Brocato rushed the kitten, now named Percy, to reunite with the rest of her family. 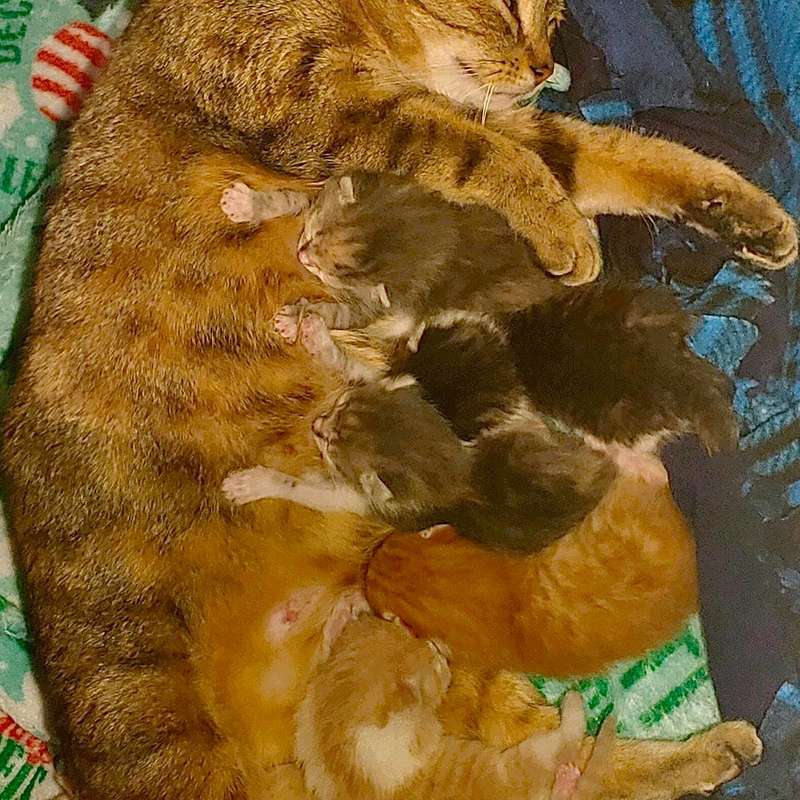 “The kitten dived right in for a meal,” the shelter wrote on Facebook. “And Toodles? She seems ‘much more relaxed now that this NEW baby arrived,’ the foster says.”

Toodles is so happy to be rejoined with her kittens in a comfortable home, and is being the best mom she can be. “Toodles, who is thought to be about 2 years old, has been ‘such a good momma,’ her foster says,” Weinstein added. “She is a very attentive mom and the kittens have thrived.” 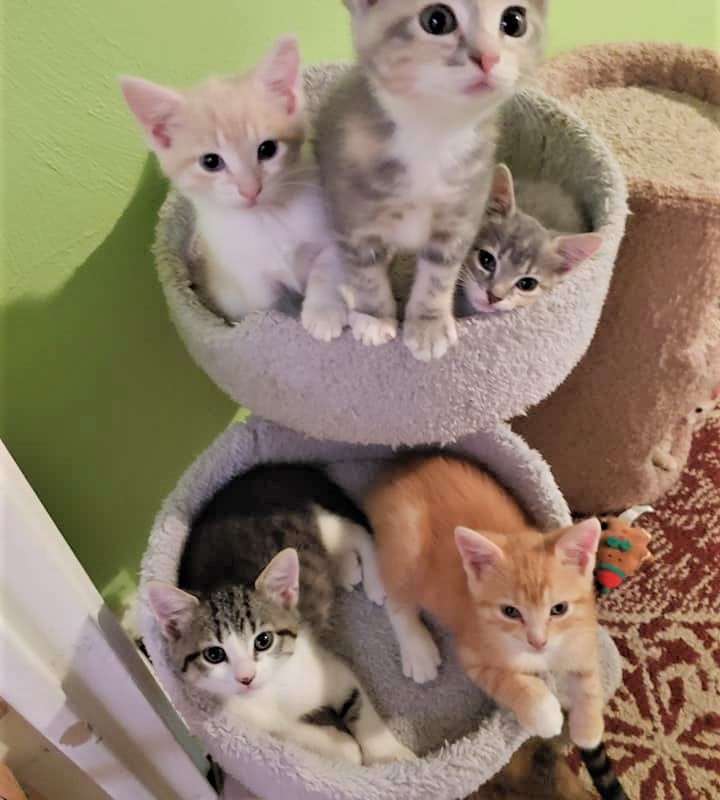 Soon, the entire family will be spayed and neutered and microchipped and will go home with their adopters.

But the very first one to find a family was Toodles herself: “Toodles and Percy were the first to find a home — together,” Weinstein said. “That warms all our hearts, as the moms so often are the last to be adopted.”