An all new Nintendo Direct was released today, filled to the brim with new trailers for games on the Nintendo Switch. During this direct, the new Fantastic Four DLC pack, Shadow of Doom, for Marvel Ultimate Alliance 3: The Black Order, was given a release date.

Marvel Ultimate Alliance 3: The Black Order released halfway through last year on the Nintendo Switch, with over a million copies sold world wide. While two other DLC packs, Curse of the Vampire and Rise of the Phoenix, have already been released, Shadow of Doom is an all new addition to the base game.

Shadow of Doom takes place after the main story line, with all new characters, the Fantastic Four, facing off against Doctor Doom.

Shadow of Doom is available now on the Nintendo Eshop, along with an Expansion Pass that contains all three DLC packs. 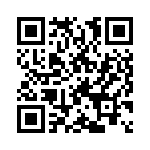 Half-Life: Alyx VR Analysis — How The Game Plays On Every Major VR Headset