Mathematicians Hillel Furstenberg and Gregory Margulis have jointly won the 2020 Abel prize for their pioneering use of methods from probability and dynamics in other mathematical fields such as group theory, number theory and combinatorics.

Furstenberg, at Hebrew University of Jerusalem in Israel, and Margulis, at Yale University, have never formally collaborated, but both invented similar “random walk” techniques to study various mathematical objects. They share a 7.5 million Norwegian kroner (£595,000) prize.

“I received this notice with total disbelief,” said … 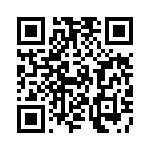