picked up from the same spot where left in his record-breaking 132-run knock against Royal Challengers Bangalore, but unlike the previous game, he found superb assistance from friend and opening partner Mayank Agarwal as the pair set up a carnage of boundaries and sixes at the iconic Sharjah in Sunday night against Rajasthan Royals in IPL 2020.

The Royals’ three-man pace attack comprising Jaydev Unadkat, Ankit Rajpoot, and Jofra Archer were smashed all around the park with the opening pair lacing seven fours and two sixes. After the powerplays, Kings XI were 60 for no loss, pulling off the highest score in the phase in the ongoing season. Shreyas Gopal then looked to tighten things but Mayank took a liking for Rahul Tewatia as he launched the leggie for two sixes and a boundary to draw 19 runs off the eighth over.

The carnage continued with Mayank accelerating further with two sixes off Gopal which brought up their 100-run stand, thus recording the highest opening partnership of this season surpassing 94 – between Prithvi Shaw and Shikhar Dhawan against Chennai Super Kings in Dubai. And it was against the same bowler, in the 15th over, with a four off the last ball, that Mayank notched up his maide IPL century.

The pair stitch a 183-run stand before Tom Curran dismissed Mayank. The partnership is KXIP’s highest-ever opening stand surpassing the previous record of 136 by Adam Gilchrist and Paul Valthaty against Deccan Chargers in IPL 2011, although the franchise’s highest partnership is of 206 runs – Gilchrist and Shaun Marsh for the second wicket against Royal Challengers Bangalore in IPL 2011.

The two also missed an IPL record for the highest opening stand, still owned by David Warner and Jonny Bairstow of Sunrisers Hyderabad – 185 against RCB in IPL 2019. They now stand third in the all-time list after an unbeten 184-run stand between Gautam Gambhir and Chris Lynn in IPL 2017. 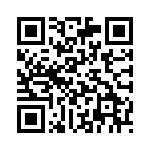 IPL 2020 | Hope this gives bit of happiness back home, says Ben Stokes after century against MI