“My proposal (to) name north-stand A,B,C blocks in the name of Dilip Vengsarkar our Mumbaikar Cricketer, played for India in 116 test matches and captain, played for Mumbai in all first class matches…,” Memon wrote in an e-mail sent to MCA President Vijay Patil and all Apex Council members.

“It will be a honour and respect to the cricketer of Mumbai,” added Memon, also a noted curator.

, who have represented Mumbai in domestic cricket.

Memon urged his colleagues to approve his proposal at the next Apex Council meeting.

The 64-year-old Vengsarkar, a batting stalwart and a former Chairman of Selection Committee, had also served as vice-president of MCA. He played 116 Tests between 1976 and 1992. 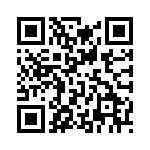