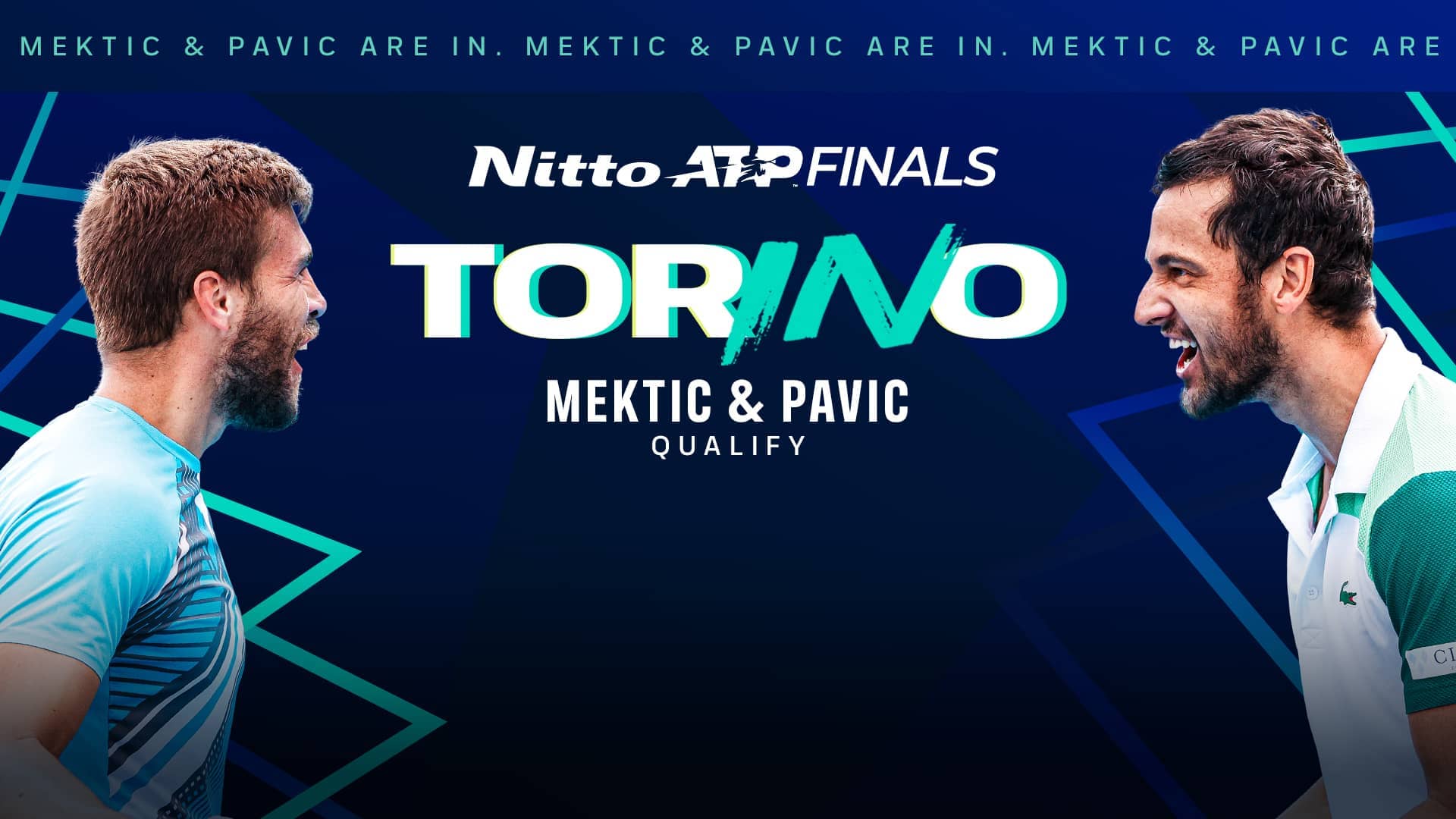 Nikola Mektic and Mate Pavic have qualified for the 2021 Nitto ATP Finals.

Nikola Mektic and Mate Pavic have become the first doubles team to qualify for the 2021 Nitto ATP Finals, to be held from 14-21 November at the Pala Alpitour in Turin.

The Croatians booked their spots at the season finale on Tuesday with a 3-6, 4-6, 6-4, 7-6(4), 6-4 quarter-final victory over Marcelo Melo and Lukasz Kubot at The Championships, Wimbledon.

Mektic and Pavic have been red hot in 2021, in their first season as a team, winning seven titles and compiling a 46-5 match record.

Mektic and Pavic also finished as runners up at the Mutua Madrid Open (l. to Granollers/Zeballos) and the Dubai Duty Free Tennis Championships (l. to Cabal/Farah).

Individually, Mektic has competed at the Nitto ATP Finals in 2018 (w/Peya) and last year the 32-year-old clinched the trophy with Wesley Koolhof at The O2 in London (d. Melzer/Roger-Vasselin). Pavic, 28, has qualified on three previous occasions, featuring in the round-robin stages in 2017-18 (w/Marach) and 2020 (w/Soares).

More stories like this in:
2021-07-06
Previous Post: Marvel’s Avengers Players Can Duplicate Heroes Later This Month, Cannot Be Toggled On Or Off
Next Post: Crowfall, A Fantasy PvP MMO, Is Now Available On PC