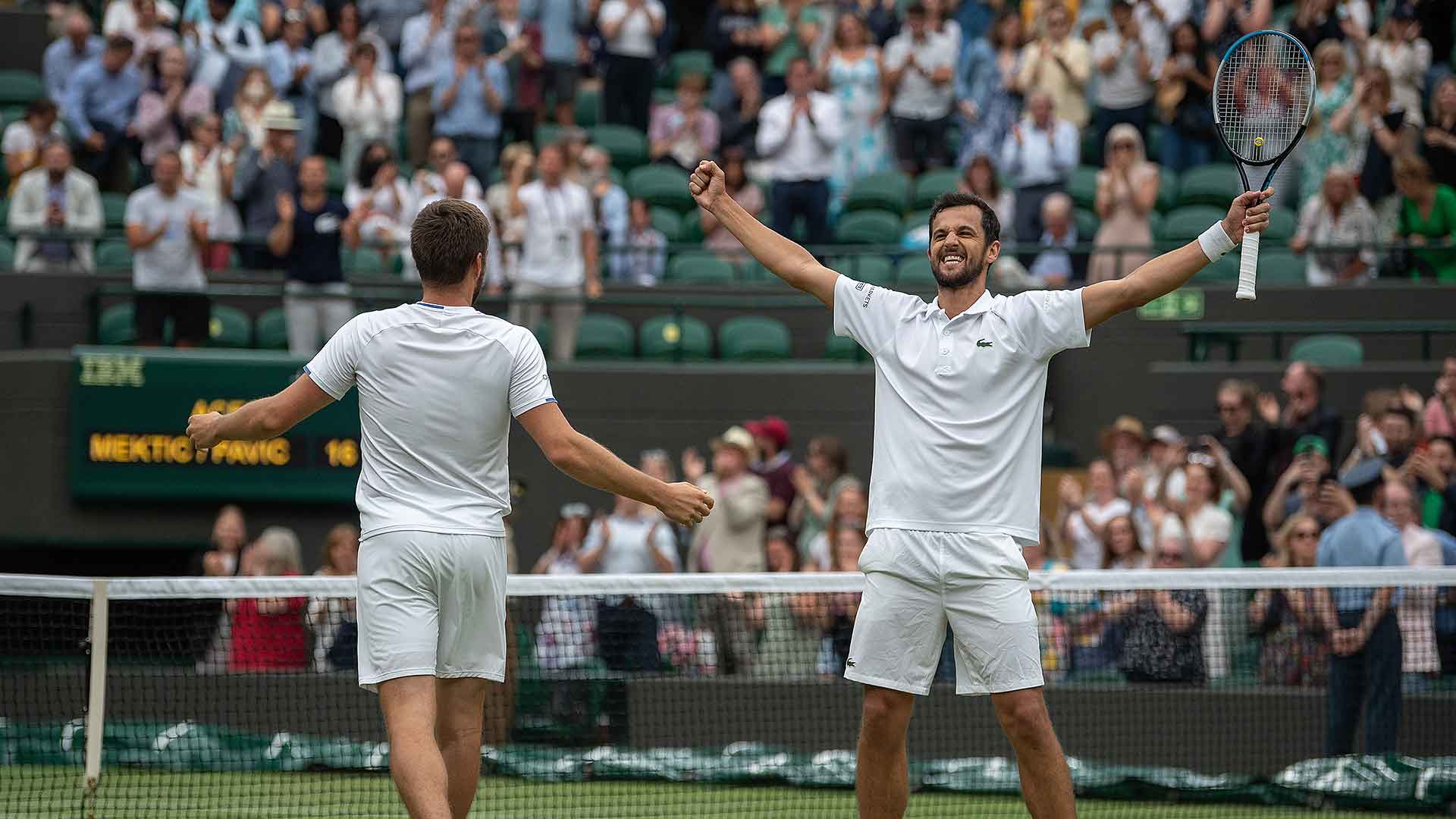 Top seeds Nikola Mektic and Mate Pavic continued their dream season on Thursday at Wimbledon where they moved past Rajeev Ram and Joe Salisbury 7-6(6), 6-3, 6-7(2), 7-6 to reach the final.

The Croatians have won seven tour-level titles together this year, including three ATP Masters 1000s. Having reached 10 tour-level finals this season, they became the first team to qualify for the Nitto ATP Finals after their quarter-final victory on Tuesday.

Mektic and Pavic, who began their partnership this year, hit 16 aces and 26 winners to overcome the American-British tandem in three hours and 24 minutes.

You May Also Like: Cool-Headed Hurkacz Holds Off Federer In Wimbledon Stunner

They will face Marcel Granollers and Horacio Zeballos in Saturday’s final, after the fourth seeds defeated Simone Bolelli and Maximo Gonzalez 6-4, 6-4, 7-6(3).

It is the second time the Spanish-Argentine duo has advanced to a Grand Slam final, having reached the championship match at the 2019 US Open (l. to Cabal/Farah). In a dominant display, they won 82 per cent (50/61) of their first-service points and did not face a break point in the match.

Granollers and Zeballos will be aiming to win their second tour-level title of the season on Saturday, having defeated their upcoming opponents to capture the Mutua Madrid Open trophy in May.