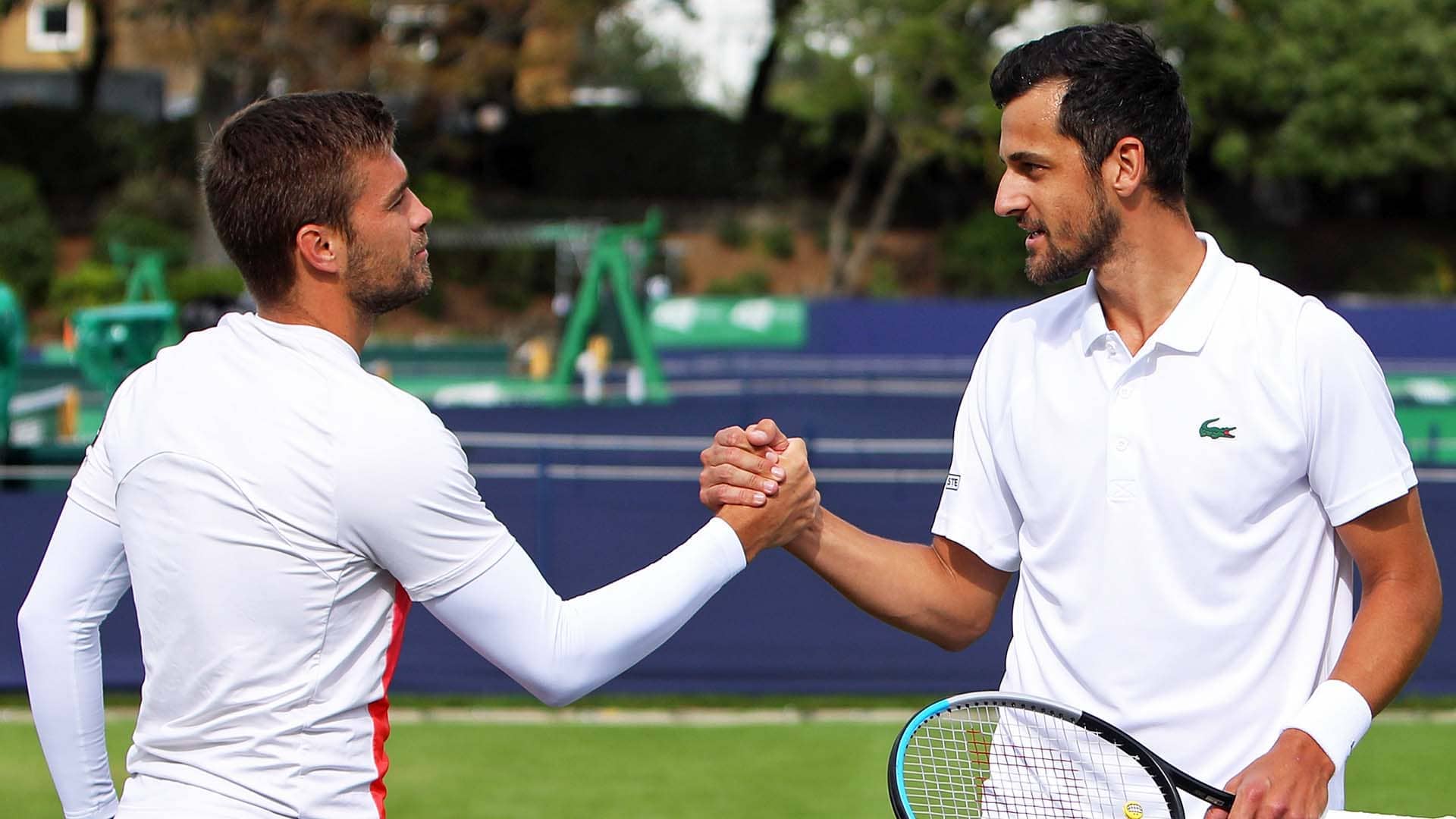 Top seeds Nikola Mektic and Mate Pavic came back from the brink and battled for nearly four hours to claim a 3-6, 4-6, 6-4, 7-6(4), 6-4 victory over Lukasz Kubot and Marcelo Melo to claim the first spot into the last four at Wimbledon.

The victory also punched their ticket to Turin at the end of the season, with Mektic and Pavic becoming the first team to qualify for the Nitto ATP Finals.

Mektic and Pavic have been the most dominant team of the year since they began their partnership at the start of the 2021 season. The pair has racked up seven tour-level titles, including three ATP Masters 1000s at Miami, Monte-Carlo and Rome. They charged into SW19 after lifting the trophy in Eastbourne, and are now two matches away from their maiden Grand Slam crown.

They had a battle on their hands against 2017 champions Kubot and Melo, who made a strong start under the roof on No. 1 Court. The Pole and the Brazilian have been regular partners in the past, reaching the Nitto ATP Finals last year. They joined forces again at this year’s Roland Garros after spending much of this season separate, with Melo partnering Jean-Julien Rojer and Kubot with Wesley Koolhof.

The eighth seeds looked like they’d never been apart as they claimed the first and second sets with just one break of serve making the difference each time. But Mektic and Pavic saved three break points in the third set to halt their momentum, extending their stay in the contest.

They are the first doubles team to qualify for the 2021 #NittoATPFinals from 14-21 Nov. 👏 pic.twitter.com/HDjTzUOH5u

The top seeds were in full flow in the fourth and fifth sets. Mektic and Pavic edged through the fourth set tie-break after winning the first five points in a row, and held firm after a nail-biting fifth set where both teams had chances to take the lead. Mektic and Pavic emerged victorious after three hours and 44 minutes to reach their second Grand Slam semi-final as a team.

They await the winners of third seeds Juan Sebastian Cabal and Robert Farah and sixth seeds Rajeev Ram and Joe Salisbury, whose match was cancelled due to rain on Tuesday.