Minecraft developer Mojang is moving into the new decade with a new name–or at least a very slightly revised one. The company has been opening more offices around the world as it expands its focus beyond the popular freeform creation game. As a result, it has changed its name from Mojang to Mojang Studios, with an accompanying logo revision to match. It’s even released an accompanying video to showcase the changes, and you can watch it below.

The news comes just as Minecraft celebrates its 11th anniversary recently, with the first version having been released back in May 2009. It’s also celebrating a massive milestone: 200 million copies of Minecraft have been sold, with a huge number of active players every month.

The new logo is made up of little gadgets called “Mojangs,” appropriately enough, and in the trailer they are turned and twisted around to spell out the studio’s name. It sounds like it won’t be the last time we hear about the somewhat sentient gizmos, and they should pop up again as we learn about future Mojang Studios projects. 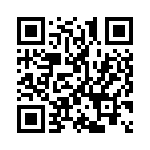