Motorola has finally started to roll out the Android 10 update for the Moto G7 Plus in Brazil and Mexico. According to reports, the stable update will take a few week’s time to hit other markets, including the United States and India. This update will be the final version as its beta version was launched last week in the company’s traditional manner for the phased roll-out of software updates. The update will come with the latest security patches and features like full gesture navigation, dark theme, better privacy controls, among others.

The reason for launching the update in Brazil before anywhere else can be cited to its popularity in the country. According to the company’s Brazilian support page, the update started rolling out a few days ago. Moto G7 Plus became the third Motorola smartphone to get Android 10, after the Motorola One Power and Motorola One Vision. However, both of these phones were a part of the Android One programme, which is not the case with Moto G7 Plus. Interestingly, its successor, Moto G8 Plus, also hasn’t received the software update as of yet.

The pace of releasing the update can be also seen as unsatisfactory as it comes after five months of Android 10’s release. With a 6.2 inch display, Moto G7 Plus features a Snapdragon 636 processor, a 16-megapixel rear camera and 12-megapixel front camera. It has 3,000mAh battery and a memory card slot in addition to its 64GB internal storage. 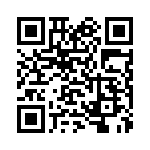 Afghanistan’s Gets its First Ever Robot Waitress