Serge Hascoet, Yannis Mallat, and Cecile Cornet–three senior executives at Ubisoft–are leaving the company amidst widespread accusations of abuse and promotion of a toxic work culture levelled at the company and these specific individuals.

In a statement issued to GameSpot, Ubisoft confirmed the departures, saying that Hascoet has “chosen to resign from his position as chief creative officer, effective immediately.” Although he may not be as public-facing as other Ubisoft executives, Hascoet held significant influence within the company, essentially having the power green light game development projects and also make key creative decisions. Of course, this also meant that he had significant influence over staff, which numerous people have indicated he abused to the point of encouraging a toxic work environment. The role vacated by Hascoet will be taken up by Yves Guillemot, co-founder and current CEO of Ubisoft, in the interim.

Yannis Mallat, who was managing director of Ubisoft’s Canadian studios, will be stepping down and leaving Ubisoft too. Ubisoft statement reads, “The recent allegations that have come to light in Canada against multiple employees make it impossible for him to continue in this position.” Much like Hascoet, Mallat is accused of enabling a culture of abuse that created a pervasively toxic working environment.

Finally, global head of HR Cecile Cornet will also be replaced. According to the statement she “decided to step down from this role, as she believes it is in the best interest of the company’s unity.” Reports coming out of Ubisoft in the lead-up to the recent allegations suggested that Cornet also played a significant role in allowing the work culture to deteriorate and for those in power to continue abusing their authority.

“The company is restructuring and strengthening its HR function in order to adapt it to the new challenges of the video game industry. Ubisoft is in the final steps of hiring a top international management consulting firm to audit and reshape its HR procedures and policies, as previously announced,” the statement continues.

The aforementioned announcement refers to the structural shift within Ubisoft that was outlined on July 2, in which Guillemot said fundamental changes need to occur at all levels of Ubisoft. “We are not looking for a quick fix, but rather a structural shift at Ubisoft that fully aligns with our values–values that do not tolerate toxic behaviors and where everyone feels safe to speak out,” Guillemot said. “We must do everything we can to ensure no one is in these situations ever again.”

Ubisoft has been a focal point for accusations of abuse within the game industry over the past few weeks. In addition to the three executives named above, vice president Maxime Beland resigned from his position on the company’s editorial team following accusations of assault and sexual harassment. Tommy François, co-vice president, has been placed on disciplinary leave as a second investigation is conducted.

One employee from Ubisoft Toronto has reportedly been fired outright. Watch Dogs product and brand marketer Andrien Gbinigie, who was accused of sexual assault in June, worked out of the Ubisoft Toronto location. However, Ubisoft has not confirmed whether he was the fired employee in question. Assassin’s Creed Valhalla creative director Ashraf Ismail also left Ubisoft on June 24 in the wake of accusations of infidelity.

In response to these accusations, Ubisoft released a statement on June 25, stating: “We have started by launching investigations into the allegations with the support of specialized external consultants,” the studio said. “Based on the outcomes, we are fully committed to taking any and all appropriate disciplinary action. As these investigations are ongoing, we can’t comment further. We are also auditing our existing policies, processes, and systems to understand where these have broken down, and to ensure we can better prevent, detect, and punish inappropriate behavior.” 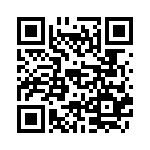 In A Rare Move, EA Shareholders Vote Against Compensation Package For Top Executives