While 22-year-old Ranawade joins the Islanders on a one-year contract, 21-year-old Rohlupuia has inked a four-year deal.

Ranawade, a product of the AIFF Academy in Goa, has represented the now defunct DSK Shivajians and Mohun Bagan in the I League along with two stints at fellow ISL side FC Goa.

The defender, who hails from Mumbai, is also a junior international having represented India at the U-17 and U-19 levels.

Rohlupuia played his youth football at East Bengal and through impressive performances in midfield, earned his place in the senior squad, representing the Kolkata-based club nine times between 2018 and 2020.

“Mumbai City is a club with a model that puts its faith in young players, and I am eager to see where it can take me in my development as a football player.

I’ve worked under coach Lobera in the past and I am ready to get started in this new challenge,” Ranawade was quoted as saying in a media release.

Rohlupuia , on his part, said, “This is a massive platform for a young player like me to come in and prove my worth. The project and the vision here at Mumbai City is progressive and I am confident it will help me and that I can help the team.”

Head coach Sergio Lobera described the duo as “fantastic individuals” who will bring lots of energy to the team. 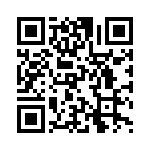