England all-rounder Ben Stokes has said that he is preparing for his return to competitive cricket at the 13th edition of the Indian Premier League (IPL), which has been suspended due to the coronavirus pandemic.

IPL, which was supposed to start from March 29, has been suspended till April 15 and with Indian government announcing a three-week lockdown, the chances of league getting underway next month look grim.

“At the moment my next competitive cricket is going to be in the IPL,” Stokes told BBC Radio 5 Live.

“I have to get my head round that I am playing even though in the back of my mind I know I am probably not. I have to build up and get myself physically in a position that if it does happen, I am good to go.

“I cannot take three weeks off and expect the body to be ready for 20 April because it doesn’t work like that. It might happen and if it does, I don’t want to be behind,” he added.

The Board of Control for Cricket in India (BCCI) believes that it can still pull off the IPL if things come under control by April end and the first game is played by the first week of May.

Speaking to IANS, a BCCI official said that while it is presently very difficult to predict the fate of the IPL, the board can still conduct the league taking a cue from the pattern that was followed when the tournament was taken out to South Africa. But for that, the first match must be played by the first week of May.

“The latest we can wait is till the end of April. If the first game isn’t played by the first week of May then it will be almost impossible to have the league this year. Even if we have to wait till end of April to follow all the procedures, we can take a cue from the South Africa edition and conduct the league successfully. If you remember, that was the shortest IPL with 59 games played over 37 days and we can do the same. But certain measures will have to be taken,” the official said.

The Sports Ministry has made it clear that the fate of the 13th edition of the IPL can be decided only after the government comes out with a fresh advisory after April 15, keeping in mind the situation with regards to the coronavirus outbreak.

Sports Minister Kiren Rijiju has said that while it is the BCCI which decides on cricketing matters, the pandemic is something which has a direct effect on the loves of the citizens of the country. 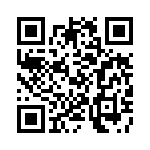 IPL 2020 likely to be called off due to coronavirus pandemic, no auctions for next season: Report