Rafael Nadal leads the charge at the 2020 Abierto Mexicano Telcel presentado por HSBC, the ATP 500 Tournament of the Year in the 2019 ATP Awards. The Spaniard is a two-time champion in Acapulco, having won the title in 2005 and again in ’13, the last edition held on clay before the switch to hard courts. Nadal, who finished as the year-end No. 1 in 2019, will be playing his first tournament since a quarter-final finish at the Australian Open (l. to Thiem).

Nick Kyrgios and Alexander Zverev are also back in action for the first time since the Australian Open, and they both enter Acapulco as defending champions. Kyrgios completed a dream run — including wins over Nadal, Stan Wawrinka and John Isner — by defeating Zverev in the singles final. Zverev still finished his tournament on a high note, as he came back to win the doubles title alongside brother Mischa Zverev.

You May Also Like: Kyrgios Completes Dream Week With Acapulco Title

Here’s all you need to know about Acapulco tennis tournament: when is the draw, what is the schedule, where to watch, who won and more.

Did You Know… The Abierto Mexicano Telcel presentado por HSBC has been selected by players as the ATP 500 Tournament of the Year for a third time. It previously won the award in 2007 and 2017. The Acapulco tournament enjoyed record attendance in 2019, welcoming more than 55k fans. 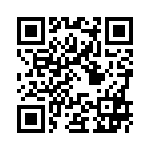