During the September 2020 PS5 Showcase, Sony revealed a new gameplay trailer for Deathloop. The end of the trailer narrowed down the release window for the recently delayed game–it’s coming to PS5 and PC in Q2 2021.

In the trailer, protagonist Colt is struggling to find enough time within a time loop to kill both scientist Egor Serling and party host Aleksis Dorsey. In order to kill two birds with one stone, Colt decides to disrupt Egor’s day so that he’ll go to Aleksis’ party–allowing Colt to attack both targets in the same place.

In Deathloop, Colt is trapped within a time loop where he’s the entertainment–the prey that everyone else gets to hunt. The only way he escapes is by killing off eight specific targets. No one else recognizes the time loop save for Julianna, an agent who’s working to maintain the time loop by killing Colt over and over again. Deathloop supports online multiplayer, allowing you to be invaded by a player-controlled Julianna as opposed to the standard computer-controlled one. 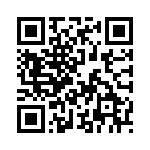