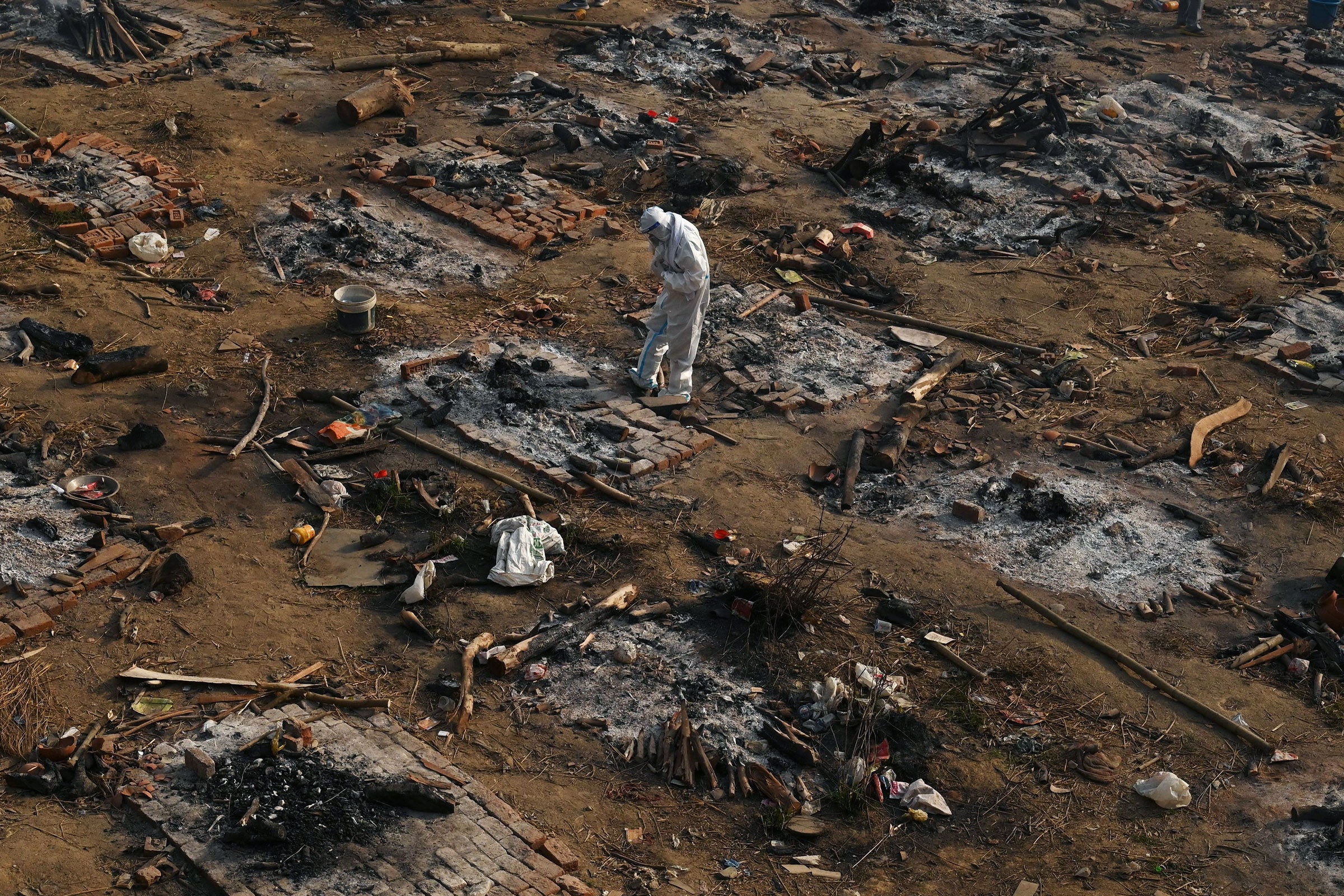 The US readies itself for post-vaccine life, case counts in India reach new highs, and vaccine negotiations continue around the world. Here’s what you should know:

Want to receive this weekly roundup and other coronavirus news? Sign uphere!

On Tuesday, the CDC released new guidelines for Americans who are fully vaccinated, saying that they can now forgo a mask when doing activities outdoors alone or in small groups. Masks are still required in public spaces and more crowded outdoor settings, and while gathering indoors. Shortly after this announcement, governors in California, New York, Louisiana, Maine, and Massachusetts all loosened their outdoor mask mandates.

The Biden administration marked its hundredth day this week, and far surpassed its goal of administering 200 million doses by that time. As more Americans receive their shots, questions loom large about what an increasingly vaccinated country will look like. For example, some experts are debating the merits and drawbacks of using one-time vaccine registries and vaccine surveillance apps to safely reopen establishments.

Today, India’s Health Ministry reported 386,452 new cases—yet another worldwide record—as the country’s new wave continues to reach unprecedented heights. Hospitals are overwhelmed and critically low on oxygen, and crematoriums are running out of space for bodies. Many are growing angry at Prime Minister Modi for failing to respond adequately to the crisis.

The US sent its first shipment of emergency medical supplies to the struggling country today, including more than 400 oxygen cylinders and nearly one million rapid test kits. The Biden administration also plans to send stockpiled doses of the AstraZeneca vaccine after a safety review. More than 40 other countries have also now committed to sending aid.

This week the EU announced it had made a deal with Pfizer/BioNTech to purchase 1.8 billion vaccine doses—making it the drugmaker’s single biggest client yet. The contract gives the EU the latitude to resell or donate some of the doses, which positions the region well to assist other nations struggling to get vaccination efforts off the ground. Britain also recently announced that it will buy 60 million more doses from Pfizer/BioNTech.

Elsewhere in the world, vaccination efforts continue to sputter. Authorities at Brazil’s health agency recently voted unanimously to stop the import of Russia’s Sputnik V vaccine, saying there isn’t enough data proving its safety and efficacy. And the Democratic Republic of Congo is returning 1.3 million AstraZeneca doses to COVAX and UNICEF after realizing it won’t be possible to dole them all out before they expire in June.

In New Pokémon Snap, players can take pictures of animated critters in the wild. WIRED enlisted an acclaimed wildlife photographer to judge our handiwork.

How does Pixar use color to enhance the stories its films tell? The answer involves clever lighting, a team of savvy tech pros, and some fancy lasers. In an excerpt from his forthcoming book, Full Spectrum, WIRED’s Adam Rogers takes a close look at the machinery behind the magic.

Interested in creating your own content? Here’s a roundup of our favorite podcast and livestream gear to get you started.

Will a year of social distancing impact children’s immune systems?

Sharks Use the Earth’s Magnetic Field Like a Compass

The Statistical Secrets of Covid-19 Vaccines