An uneasy calm prevails as heavily armed Indian and Chinese soldiers face off in eastern Ladakh’s Pangong Tso-Chushul area. Both sides are backed by tanks, howitzers and shoulder-fired missiles after at least four bouts of warning shots were exchanged between them since August 29.
The two armies are waiting for the sixth round of corps commander-level talks to determine whether the “diplomatic consensus” reached to reduce tensions at the September 10 talks between foreign ministers S Jaishankar and Wang Yi actually translates into ground reality.
In a bid to “unnerve” Indian soldiers entrenched on the heights, the PLA has taken to loudspeakers to issue warnings in chaste Hindi apart from playing Punjabi songs.
“Our soldiers are enjoying the music,” an Indian Army officer said. “The PLA is trying to stir disaffection among our troops. But such psychological operations do not trouble our battle-hardened soldiers,” he added.
‘PLA yet to confirm date of next meet’
Though the two armies are on a hair-trigger alert amid a huge trust deficit, there have been no major aggressive moves in the high-altitude region for the last one week. “The PLA seems to be considering its next move and finalising the approach for the next dialogue between the corps commanders, who last met on August 2,” another senior Indian officer said.
“China is on the backfoot after our troops occupied multiple tactical heights on the south bank of Pangong Tso-Chushul area, while also repositioning and consolidating their positions in the ‘Finger’ area on the north bank. It gives us leverage for the first time. PLA is yet to get back with the date for the next meeting,” he added. The operational situation at the ‘friction points’, however, remains on a knife edge, with bullets being fired — even though in the air — for the first time in 45 years.
“All the firing incidents took place because the PLA tried to aggressively come near our perimeter defences on the heights, which we have clearly told them is a red line for us. A magazine or two from assault rifles or a light machine gun might have been emptied in the process from both sides,” the officer said.
As reported by TOI, the rules of engagement have changed after the Galwan Valley clashes on June 15, in which 20 Indian soldiers were killed. With the rival military buildups in the Depsang-Daulat Beg Oldie area to the north also remaining a major concern, the Indian Army has undertaken massive ‘advance winter stocking’ to sustain its deployed troops through the winter if required. The first two incidents of firing took place on August 29 and 31 when Indian soldiers conducted the pre-emptive military manoeuvre to seize previously-unoccupied tactical heights on the ridgeline stretching from Thakung on the south bank of Pangong Tso to Gurung Hill, Spanggur Gap, Magar Hill, Mukhpari, Rezang La and Reqin La.
Another round of firing took place on September 7 when PLA troops tried to intimidate and dislodge Indian soldiers occupying the Mukhpari Top, the highest feature in the area at an altitude of over 18,000 feet on the ridgeline north of Rezang La. The fourth round took place the next day on the north bank of Pangong Tso where Indian soldiers have also occupied heights overlooking PLA deployments on the ridgeline over ‘Finger-4’. TOI, was the first to report in its September 9 edition that Indian troops had also fired warning shots during Mukhpari incident. 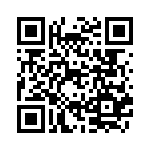