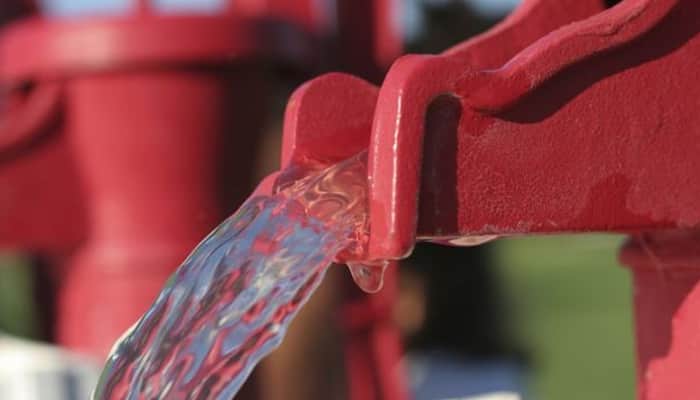 New Delhi: The government on Monday (February 17) signed a $450 million loan agreement with the World Bank to support the national programme to arrest the country’s depleting groundwater levels and strengthen groundwater institutions, according to Ministry of Finance statement.

The programme will, among others, enhance the recharge of aquifers and introduce water conservation practices; promote activities related to water harvesting, water management, and crop alignment; create an institutional structure for sustainable groundwater management; and equip communities and stakeholders to sustainably manage groundwater, the statement said.

The programme will introduce a bottom-up planning process for community-driven development of water budgets and Water Security Plans (WSPs). Water budgets will assess surface and groundwater conditions (both quantity and quality) and identify current and future needs.

The WSP will focus on improving groundwater quantity and incentivize selected states to implement the actions proposed, it said, adding “Such community-led management measures will make users aware of consumption patterns and pave the way for economic measures that reduce groundwater consumption.”

The $450 million loan, from the International Bank for Reconstruction and Development (IBRD), has a 6-year grace period, and a maturity of 18 years, the FinMin added.

“These states span both the hard rock aquifers of peninsular India and the alluvial aquifers of the Indo-Gangetic plains. They were selected based on several criteria, including degree of groundwater exploitation and degradation, established legal and regulatory instruments, institutional readiness, and experience in implementing initiatives related to groundwater management,” the statement said.

The Atal Bhujal Yojana intends to strengthen the institutional framework for participatory groundwater management and encourage behavioral changes at the community level for sustainable groundwater resource management. The use of cutting-edge technology, involving Artificial Intelligence and space technology will further help in better implementation of the programme.

The loan agreement was signed by Sameer Kumar Khare, Additional Secretary, Department of Economic Affairs, on behalf of the government and Junaid Ahmad, Country Director, India on behalf of the World Bank.

“This programme will contribute to rural livelihoods and in the context of climatic shifts, build resilience of the rural economy. But its impact will also be felt globally as it stands as one of the important programmes of groundwater management worldwide,” said Junaid Ahmad.

The last few decades saw an exponential growth in the exploitation of groundwater through the construction of millions of private wells. Between 1950 and 2010, the number of drilled tube wells increased from 1 million to nearly 30 million. This allowed the area irrigated by groundwater to increase from approximately 3 million ha to more than 35 million ha. Groundwater currently provides approximately 60 percent of irrigation water. Over 80 percent of the rural and urban domestic water supplies in India are served by groundwater making India the world’s largest user of groundwater.

If the current trends persist, 60 percent of districts are likely to reach critical level of groundwater depletion within two decades, which in turn will render at least 25 percent of the agriculture production at risk. Climate change will likely exacerbate current pressures on groundwater resources.