India skipper Virat Kohlihad called the New Zealand cricket team the “nice guys” ahead of the T20I series which they have bagged after taking an unassailable 3-0 lead on Wednesday in Hamilton via a Super Over.

During their second T20, Kohli’s comments seemed to be walking the talk off the field as well as a video of a Kiwi fan chanting “Bharat Mata ki Jai” went viral on social media and drew plaudits.

The fan is seen learning how to say the words from Indian supporters and then yelling them out loud.

Newzealand person saying “BHARAT MATHA KI JAI” IN EDEN PARK Stadium, NEWZEALAND We all love india and we are proud to be an Indian guys #INDvsNZ #RohitSharma #Hitman pic.twitter.com/kh1Mo75iOq

Hitman Rohit Sharma hit a brilliant unbeaten 15 (including two sixes) in the Super Over as India chased down New Zealand’s score of 17 to win the third T20I at Seddon Park and take an unassailable 3-0 lead in the five-match T20I series on Wednesday.

New Zealand skipper Kane Williamson followed up his excellent 95 with an unbeaten 11 in the Super Over, but it just wasn’t enough as Rohit and K.L. Rahul (5*) took Tim Southee to the cleaners.

This after the game was tied as India pacer Mohammed Shami came up with a classic last over just when it looked like Williamson would take the Kiwis home with a batting master-class. 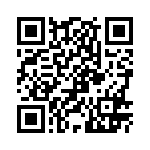