“The NHAI has recorded its highest toll collection on a daily basis at Rs 86.2 crore two days back,” Sandhu said at National Highways Excellence Award 2019 here on Tuesday.

Sandhu said the daily transactions via FASTags have also risen to around 30 lakh per day in January 2020 from 8 lakh in July 2019. He said the Jodhpur toll plaza in Jaipur region has outperformed others in implementation of FASTags with around 91 per cent of toll collection taking place via FASTags.

Toll plazas in Bhopal and Gandhinagar have also performed well in FASTag implementation, he added. As of December 2019, over 1 crore FASTags have been issued with over 30 lakh FASTags issued in November and December, following daily sales of 1.5-2 lakh FASTags.

FASTags-based toll collection system has been rolled out across over 527 national highways. 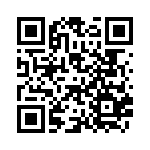 Coronavirus outbreak: IndiGo witnesses some cancellations on flights to China