New Delhi: The National Investigation Agency (NIA) on Tuesday took over the probe in the case of Jammu and Kashmir Police’s Deputy Superintendent Devinder Singh, who was arrested on January 11 for transporting two top Hizbul Mujahideen terrorists.

The Ministry of Home Affairs approved the transfer to the NIA, following the revelations made by Singh during his interrogation to a joint team of the NIA, the Research and Analysis Wing (RAW), the Intelligence Bureau (IB), and Jammu and Kashmir Police’s CID.

The NIA can now interrogate Singh thoroughly to find out the real motive of the terrorists and his links to Hizbul Mujahideen and other terrorist organisations during their previous operations in the Valley.

On January 11, Jammu and Kashmir Police intercepted a car at Mir Bazaar before the Jawahar tunnel in Kulgam district and found Singh was travelling to Jammu along with two top Hizbul Mujahideen terrorists – Naveed Babu and Asif Ahmad — and lawyer Rafi Ahmad.

The police had intercepted the vehicle while tracking the movements and location of Babu, a former Special Police Officer, when he made a phone call to his brother.

Babu is accused of being involved in the killing of 11 people from outside Kashmir, including truck drivers and labourers in south Kashmir in October and November last year, and forcing a shutdown in south Kashmir after the abrogation of Article 370 on August 5 last year.

All were arrested and a case initially lodged at Qazigund police station in Kulgam.

During his interrogation, Singh, however, maintained that he had no any link to Hizbul militants and that he was taking the terrorists to surrender but interrogators have dismissed his claims.

As per sources, a sum of Rs 12 lakh may have been given to Singh to move out the two Hizbul militants to Jammu on their way to Chandigarh and onward to Delhi to carry out attacks on or before the Republic Day.

Singh, who was posted in the anti-hijacking squad at the Srinagar international airport, was suspended from service on Monday and is likely to be stripped of all his awards, including a gallantry medal for anti-militancy operations on August 15 last year.

However, the Jammu and Kashmir Police has clarified that “he was never awarded any gallantry or meritorious medal by the Ministry of Home Affairs as has been reported by some sections of the media”.

In a series of tweets, it said that Singh was only awarded a “gallantry medal during his service by the erstwhile J&K state on Independence Day 2018” for his “participation in countering a fidayeen attack by terrorists at the district police lines in Pulwama on August 25-26, 2017, when he was posted as a DSP in the district police lines, Pulwama”.

Singh had disclosed that he had put up the terrorists at his Indira Nagar house in Srinagar, right next to the Army`s 15 Corps Headquarters, and thereafter accompanied them to Jammu in a car driven by the Hizbul overground worker, an intelligence source said.

Since the arrest of Singh and the two Hizb militants, security agencies carried out multiple raids across the Union Territory, specially Srinagar and south Kashmir, and seized a huge cache of arms and ammunition stashed by the officer and the terrorists.

Jammu and Kashmir Police have claimed to have recovered an AK-47 rifle and two pistols from Singh`s residence in Badami Bagh Cantonment in Srinagar and another AK rifle as well as a pistol based on Babu`s confession.

Jammu and Kashmir Police chief Dilbag Singh on Monday spoke to officials at the Ministry of Home Affairs about the developments in the valley since the arrest of Singh and two militants. Union Home Secretary Ajay Kumar Bhalla was also briefed about the incident on Monday and a report of the initial questioning of Singh was also shared with him through other officials in the Home Ministry. 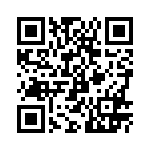 All you need to know about Coronavirus: Symptoms, cause, and precautions