Editor’s Note: ATPTour.com is resurfacing features to bring fans closer to their favourite players during the current suspension in tournament play. This story was originally published on 19 March 2019.

Nikoloz Basilashvili is a perfectionist, and also an artist. He looks to strike the cleanest ball, put together a combination of shots that is devastating, and play the perfect game. But tennis is about the optimum, following a plan and getting the job done as efficiently as possible. “I am not a big fan of wanting to be perfect,” says Jan de Witt, his highly experienced German coach. “I know I have the reputation of wanting to be super precise, but you can’t be. You have to go for the simple solution and not over-complicate a match. He really likes to do things perfectly, and wants to make it look easy, so he struggles to win.”

So the 27-year-old Georgian, who turned pro in 2008, and once tried to kill every ball over consistency point-in, point-out, faces a daily fight against his natural instinct. “I’m understanding how tennis really works,” says the softly spoken Basilashvili, who never steps onto court to strike a ball without a bandana — or, to improvise, a tennis grip — firmly tied around his head. “It’s not just about hitting tennis balls or fitness, it’s working on the mental side of the game as well. It’s very important in this sport to know how to handle the nerves in important moments. I am still getting that experience.

“Until 22 or 23, I was wild. I was not professional in my approach. I knew I wanted to play well, but I wasn’t capable of playing at this level. I had no game plan to get here. I knew I was missing something. I was around [World No.] 50-100 for a long time, for two to three years. I needed somebody to trust 100 per cent.”

For years, the son of a former Georgian national ballet dancer, Nodar, drifted and never quite left his comfort zone: a product of financial constraints; of not always having the right people — or fully trusting those — around him; and of having to come up with ideas to improve his own game. Stephen Koon, who coached Basilashvili as a 16-year-old in Granite Bay, Sacramento, and once more when he was financially able to employ a travelling coach in 2005-06, recalls his initial impression, “I loved his raw power, how he just crushed the ball. He had an extremely high physical tolerance — he didn’t mind the hard work at all — and straight away I knew this guy didn’t fear anything or anyone when it came to tennis.”

The talent was never questioned. But Basilashvili, who was first handed a tennis racquet as a five-year-old, shortly before another Tbilisi son, Irakli Labadze, finished runner-up to Roger Federer in the 1998 junior Wimbledon final, recalls, “There were moments when my father and I would sleep in our car for a couple of weeks. It’s been an interesting journey. I was training in bad conditions and I couldn’t even find a sponsor, so I got Russian citizenship. There was a time when we slept in a car for a month on the junior tour and we also slept in tents at tournaments. When I was 20, 21, I almost started tennis again really from scratch, as mentally I was down. All these kinds of things really make you realise that the bad times weren’t for nothing. It’s made me stronger and hungry to play tennis at a high level.”

The decisions, taken out of necessity with the full sport of his father, helped the talented junior extend his vision far beyond Georgia, a country of football and weight-lifting fanatics. For Basilashvili, who values loyalty and honesty the most, it was a period of great frustration. “I was only thinking about having enough money to get to tournaments,” adds Basilashvili. “I was thinking about booking tennis courts, getting tennis balls and a practice partner. It was purely survival. It was only when I qualified for Wimbledon in 2015, and won two matches in the main draw, that heralded a big change in my mind. I was playing good tennis, but I couldn’t get beyond the Top 50. I knew I needed a mentor to help me with that. I knew Jan’s tactics and how he coached. I liked him and that’s why I contacted him.”

His meteoric rise over the past 13 months from No. 89 to a career-high No. 18 in the ATP Rankings this month, has centred on Basilashvili’s hard-working alliance with Gilles Simon’s former coach De Witt, who has been opening his charges eyes to what was possible since June 2018. Following a successful one-week trial, Basilashvili showcased his hard-working ethic, but lost eight of his 12 matches under De Witt’s guidance. “What convinced me was how he reacted in training and I realised this guy was really serious to do what it takes to take his game to the next level,” says De Witt.

The results soon came, including two ATP 500-level trophies in 2018 at the Hamburg Open (d. Leonardo Mayer), where he qualified, and the China Open in Beijing (d. Juan Martin del Potro), which represented the third Top 10 victory of his career. “I’d been in finals before, I’d played in Kitzbuhel [in July 2016] and Memphis [in February 2017],” says Basilashvili. “But to win a title is different, especially a [ATP] 500. It gives you a lot of confidence, which is one of the most important things in tennis — knowing when you step on the court you can win this match.

“With a plan, being more professional and trusting my coach completely, I got direction. I needed to win an ATP Tour title as validation of my work — that I was moving in the right direction — and when I did in Hamburg and Beijing, it relaxed me and left me really motivated.”

You May Also Like: First-Time Winner Spotlight: Nikoloz Basilashvili

With a big forehand, solid backhand and the ability to hit through players in all areas of the courts, Basilashvili always had the technique and physically strength to hurt the biggest players. But his perfectionist and critical nature, heightened by not having a coach for so many years; and his wish to make the game look easy, was also a hindrance to his development. “If I could talk to my 21-year-old self, I would not change my game style, but more my mental approach,” says Basilashvili. “I’m not looking for results, but to give 100 per cent on and off the court. I want to maximise what I have, so when I do retire I know I left no stone unturned.”

De Witt, a coach with a reputation of being “super precise”, who has a database with the tactical and technical details of 400 players, is fully focused on the future with Basilashvili, who recently turned 27. “We had a clear picture about where we wanted to go,” admits De Witt. “It surprised me how fast he progressed. I have never had a player that has learned as quickly as him. He has a very special talent about learning when it comes to biomechanics and movement. It’s very unusual and it’s something I didn’t know when I first started working with him. He was learning complex things quickly. He has the discipline to work hard, and if you push him he will do so.”

Koon remembers the “fearlessness, when Nik saw his name next to the seeds in the draw or when he loved to play the big players” and while Basilashvili is now gaining mental consistency in preparation for every match, frailties persist. “The difference in levels are not very big,” says Basilashvili. “But the difference is I have to be ready for every match, not to be off slightly in a match. That’s what we’re working on, to be able to play against lower ranked players with the same intensity as against the top players.”

“I know he will not be satisfied until he makes the Top 10, and I absolutely would not be surprised at all when he does it,” admits Koon, who assisted his former charge again in December 2017 at the Impact Tennis Academy, in a pre-season camp with Hyeon Chung, Yen-Hsun Lu, Yoshihito Nishioka and Yuki Bhambri in Thailand.

“To be World No. 20 was not a goal for him or me,” says De Witt. “The goal of being No. 10 is not a goal, it will come if we do the things we do. Nothing has been short-term. We have a goal to win a Grand Slam title. This does not come in the short term. I am surprised, and I am happy he is learning quickly, but it’s important that we have to do all of the steps. There are no short cuts [and] it’s challenging the whole time. There is not one easy day, there will always be problems. It’s about maximising the potential of this player. The potential, for Nik, if we put everything together, is to go for a Grand Slam title.”

After years of deciding what’s best to make his way up the ATP Rankings, Basilashvili is now efficiently going about his job on the court, with the full support of his family — Neka, his model wife of five years, who he ‘met’ on social media, and his beloved three-year-old son, Lukas. Memories of his struggle may endure, but the tennis education of Georgia’s lone world-class player continues with De Witt. 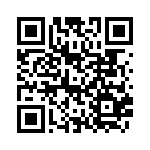