One of the four condemned men in the Nirbhaya gangrape and murder case moved the Supreme Court on Tuesday for a review of its 2017 judgment confirming his death sentence, saying “executions only kill criminals, not the crime.”

“The state must not simply execute people to prove that it is attacking terror or violence against women. It must persistently work towards systematic reforms to bring about change,” Akshay Kumar Singh, who faces the gallows, urged in his plea to the court to reconsider his fate.

The case shocked the nation and led to the tightening of anti-rape laws. Rape, especially gangrape, is now a capital crime.

The apex court had dismissed the review petitions of Mukesh, Gupta and Sharma in July last year. They are left with the extremely rare remedy of filing curative petitions in the Supreme Court.

Akshay, however, had not joined them, opting to file his review petition now when authorities were reportedly making preparations in Tihar Jail for their execution.

One of the accused in the case, Ram Singh, had allegedly committed suicide in the Tihar Jail here. A juvenile, who was among the accused, was convicted by a juvenile justice board. He was released from a reformation home after serving a three-year term.

In his review petition, Akshay contended that his conviction and sentence was due to public and political pressure. They were like “guinea pigs.” “Where they are unable to identify the real accused, they implicate many innocent people,” he claimed. He said caste, creed, financial status, political approach and pressure play a role in the investigation in such cases.

In a paragraph in the petition, Akshay said the air quality in Delhi NCR is like a “gas chamber.” The water “is also full of poison” and “life is going short to short, then why death penalty?” 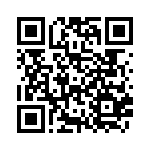