NEW DELHI: Defence minister Rajnath Singh on Thursday made a strong assertion in Parliament that no force in the world can stop Indian soldiers from patrolling the country’s borders in the Ladakh region.
While reaffirming India’s desire to resolve the stand-off with China “peacefully”, Singh said, “We will not back down from taking any big and tough step in the interest of our country.” He was responding to questions by opposition leaders like Congress’s A K Antony and Anand Sharma, who wanted to know whether India had clearly made restoration of status quo as in mid-April a non-negotiable demand.
While sharing a detailed time-line on tensions on the border over the months, the defence minister said it is apparent from Chinese activities that “unki kathani aur karni alag hai (that their words don’t match their actions)”. “A case in point is that even when the discussions were going on, the Chinese side again engaged in provocative military manoeuvres on the night of August 29 and 30 in an attempt to change the status quo in the South Bank area of Pangong lake. But yet again, timely and firm actions by our armed forces along the LAC prevented such attempts from succeeding,” he added. There has been no forward movement since external affairs minister S Jaishankar and his Chinese counterpart Wang Yi agreed on a five-point consensus on disengagement.
In his statement in Rajya Sabha, Singh said, “No force in the world can stop Indian soldiers from patrolling. Our soldiers have sacrificed their lives only for this.”
He was responding to a clarification sought by Antony on the issue of Indian forces not being allowed to patrol in certain parts of the Galwan Valley. “I want to make it clear that skirmishes and face-offs are because of this (issue of patrolling),” he said, adding the patrolling pattern is traditional and well-defined.
“While no one should doubt our determination to safeguard our borders, India believes that mutual respect and mutual sensitivity are the basis for peaceful relations with neighbours. As we want to resolve the current situation through dialogue, we have maintained diplomatic and military engagement with the Chinese side,” Singh added.
He shared in these discussions, India has maintained three key principles — both sides should strictly respect and observe the Line of Actual Control, neither side should attempt to alter the status quo unilaterally and all agreements and understandings between the two sides much be fully abided by in their entirety. “The Chinese side, on its part, took the position that the situation should be handled in a responsible manner and ensure peace and tranquility as per bilateral agreements and protocol. However, it is apparent from Chinese activities that their words don’t match their actions,” Singh said. He went on to say that the amassing of the troops by China goes against the 1993 and 1996 agreements.
Cutting across party lines, members in the Upper House expressed solidarity and support to the armed forces. Leader of Opposition Ghulam Nabi Azad, Anand Sharma and former Defence Minister AK Antony of Congress asked the government to make efforts to restore status quo ante and resolve the over-three-month-old border stand-off. 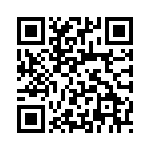