The stylish music-action game No Straight Roads was originally intended to release on June 30, but had to be delayed due to complications arising from the COVID-19 pandemic. Now, Malaysian studio Metronomics has announced that the game will be released on August 25 on PS4, Nintendo Switch, Xbox One, and PC via the Epic Games Store.

Headed by Wan Hazmer, lead game designer on Final Fantasy XV, and Street Fighter V concept artist Daim Dziauddin, No Straight Roads is an action-adventure game in a world where EDM is being used to control the masses, inspiring the protagonists to spearhead a rock revolution.

The rhythm-inspired gameplay includes a bunch of epic boss battle ‘concerts,’ in between exploring the world of Vinyl City. The player characters can be upgraded by progressing through the world and building a fan base to gain more power.

From today, PC players can access a playable demo from the Epic Games Store, while a mini-OST has also been released on all the usual music streaming and download platforms. 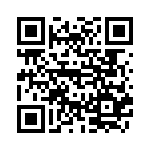