A brick wall can also be a battery. Thanks to the red pigment they contain, bricks can be turned into efficient energy storage devices.

Julio D’Arcy at Washington University in St. Louis, Missouri, and his colleagues used a special conductive polymer called PEDOT to make their energy-storing bricks. First they took regular red bricks of the sort that are often used in constructing houses and heated them with acid vapour.

This dissolved the haematite in the bricks, the mineral that gives them their red colour. The researchers then added other compounds, which reacted with the dissolved haematite. The end result was bricks riddled with a network of tiny, conductive PEDOT fibres. After treatment, the bricks are a dark brownish-blue colour instead of red.

The researchers then coated the bricks in epoxy to make them waterproof. These polymer-coated bricks could be hooked up to a power source to charge up. They store enough energy that three small bricks, each about 4 x 3 x 1 centimetre in size, could power a green LED light for about 10 minutes on a single charge. They could be charged 10,000 times without losing more than 10 per cent of their storage capacity.

We don’t know whether the bricks maintain their strength when the haematite is dissolved. “They were exposed to acid, so I would not use them for construction purposes, but we have not carried out mechanical testing,” says D’Arcy. Instead, he suggests that they could be used in a more decorative capacity, d could be attached to solar cells to provide emergency lighting.

“A brick would have more energy than a AA battery, but a AA battery is incredibly inexpensive,” says D’Arcy. Each brick costs about $2 to $3 to make, he says. If the bricks can be made viable as a building material and we can figure out a way to make them cheaply, then we may eventually have brick walls that our electronics can plug right into. 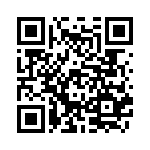