Not just craters: Even sunlit patches of the moon are now believed to contain molecular water, hence affirming that water on the moon is more widespread than initially expected. (Image: Miguel Claro)

Lunar water was previously detected in frigid corners, preserved for centuries. What, then, does the discovery of surface water on the moon really mean?

Our moon has water. Had, at least. We found conclusive evidence of the moon having water in the form of ice buried deep in its craters quite a while ago. Now, only yesterday, premier American space agency NASA announced that molecular water has been discovered for the very first time on a sunlit patch of the lunar surface. While that is good news in general for the progress of science and space research, why is the rediscovery of water particles on the moon such a big deal? The answer is directly linked with the possibility of future lunar settlements, and the ability for mankind to stay on the moon.

Earlier yesterday, NASA’s chief administrator Jim Bridenstine wrote on Twitter about scientist Casey Honniball’s discovery, made with the help of the SOFIA space observatory. In essence, the discovery of water in molecular particles on sunlit parts of the lunar surface hereby confirm that water on the moon is not just reserved to the frigid corners of the moon’s deepest craters. This further suggests that if water is indeed not reserved only to the frozen parts of the moon that are believed to preserve gallons of water in the frozen form for millions of years, water on the moon may be a far more widespread and readily available resource.

It is exactly this that is the big deal. If water is indeed a widespread resource available on the moon, the same may allow us to find a larger set of lunar landing sites. It can further allow future humans on the moon to draw this resource and use it for purposes such as drinking, or even fuelling rockets. This, in turn, can help reduce rocket payloads when lifting off from Earth, therefore reducing the overall cost of space missions. This can also extend the period for which mankind can stay outside of Earth, and lay the foundation stone for setting up hubs for mankind’s settlements on the moon.

However, Bridenstine stated that research projects are yet to study if the extent of water on the moon’s surface is enough to quantifiably help mankind set up a base or use it as rocket fuel, or help us sustain any mission of any kind. Thanks to this discovery, the viability of surface water on the moon will be one of the biggest factors that will be studied by NASA’s upcoming Artemis missions, preparations for which are in full swing now, and is set to commence final stages in the months to come. 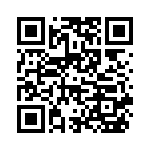 The Top IPhone And IPad Apps On App Store