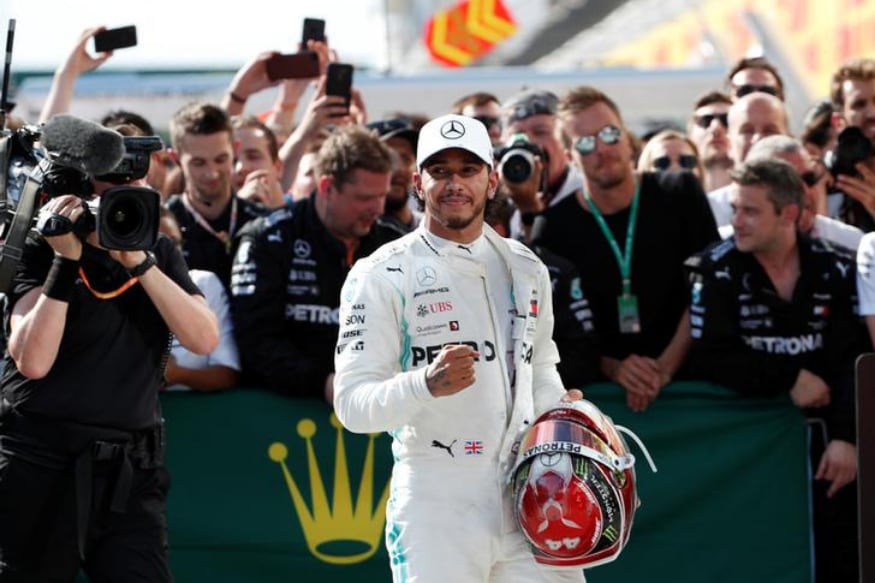 Hungary: A luckless Valtteri Bottas was conspicuous by his absence on Sunday when Mercedes assembled for their post-race team photograph following Lewis Hamilton’s triumph in the Hungarian Grand Prix.

When the team realised, British comic-actor Rowan Atkinson — the star of sitcom hit Mr Bean and who was at the race as a guest — was ushered to the front in his place alongside Hamilton.

By then, after a triumphant day for the defending five-time champion Briton, his team-mate was reflecting on another disappointment as his title bid began to crumble.

He is now 62 points adrift in second place behind Hamilton with nine races remaining.

A non-finisher in the rain-hit German Grand Prix seven days earlier, he finished eighth on Sunday following an opening lap collision — a near-disastrous result in his effort to retain his Mercedes seat for next year.

“It was tough, not what I expected, far from it and after the first lap incidents it was a mess,” said Bottas. “But this is how it goes sometimes.

“At Turn One, I had a lock-up. That was my mistake. With the flat spots, I gained some under-steer and that made it tricky for Turn Three when Lewis (Hamilton) and Charles (Leclerc) came.

“We had the contact and I lost some of the front wing and after that it was over really.”

His first lap mishap dropped him to last before he fought back to come home eighth.

Team chief Toto Wolff said: “I’m really disappointed for him. He was all pumped after yesterday’s qualifying performance and he wanted to do well and it went all wrong and there’s nothing more to expect from anyone.”

Wolff said earlier in the weekend that he would make a choice between retaining Bottas, for a third season, or promoting reserve driver Esteban Ocon.

He added: “I don’t think we want to make a decision from one bad day. We want to look at all the data and all the factors. He has had some great input to the team and we want to discuss it behind closed doors.”

On a brighter note, he said he was pleased for the team that they had turned over their fortunes after their ‘Armageddon’ weekend in Germany.

“You’re holding on to moments like today when things just come your way.

“I don’t think we thought we could’ve caught him (pole-sitter Max Verstappen) and so I’m happy for the strategy group, as in Germany we came under fire for the strategy calls. We knew when he was in sight that Lewis would eat him up.”

Subscribe to Moneycontrol Pro and gain access to curated markets data, trading recommendations, equity analysis, investment ideas, insights from market gurus and much more. Get Moneycontrol PRO for 1 year at price of 3 months. Use code FREEDOM.