Farmers are being misled by middle-men and vested interests about reforms. BJP was the only political party which supplied 25 crores food packets, 5 crores ration kits and 1 crore masks to the needy during the lockdown. Other political parties were into lockdown mode themselves, they didn’t do anything for the poor: BJP National President J P Nadda. Bills Passed in LS Anti-Farmer: Digvijaya Singh | Congress government had made APMC Act in favour of farmers.  But now, any big trader can open a Mandi and under these new anti-farmer Bills, any dispute at Mandi will be handled by officials. All these anti-farmer four ordinances should be seen in totality: Congress Leader Digvijaya Singh. New Independence in Agriculture to Farmers: PM | Farmers have been given new independence in agriculture. They will now have more options and opportunities to sell their produce. I congratulate them on passage of Bills. It was necessary to bring these to protect them from middlemen. These are farmers’ shields. Farmers are watching that some people are disliking the new opportunities being received by them. Farmers are watching that who are the people who are standing with middlemen. But the people who ruled this country for decades are attempting to mislead the farmers on this issue. They are lying to the farmers, says PM Narendra Modi on Agriculture Bills passed in the Lok Sabha yesterday. Rajya Sabha adjourned till 9:00 AM tomorrow.

CRUX FILES | What Led to the Resignation of SAD’s Harsimrat Kaur Badal From the Union Cabinet?

The Shiromani Akali Dal (SAD) was regularly discussing with farmers to understand their grievance on the farmers’ bill. I dont want to be the part of that Cabinet which impose anti-farmer bill on the farmers. The agitation is going across the country against the bill passed in the Lok Sabha yesterday: Harsimrat Kaur Badal.

Non-BJP Parties Should Oppose Farm Bills in RS: Kejriwal | All three bills of the Centre will leave the farmers in the hands of big companies for exploitation. I request all the non-BJP parties to unite in the Rajya Sabha and oppose these Bills, make sure that all your MPs are present and do not drama of the walkout. Farmers all over the country are watching you: Aam Aadmi Party (AAP) leader and Delhi Chief Minister Arvind Kejriwal.

A member of the House called the reform and regulation of the Indian systems of medicine being undertaken through the bills, as promoting ‘quackery’. I am pained by the use of this word: Union Health Minister Dr Harsh Vardhan in Rajya Sabha.

NDA Govt Anti-Farmer: Tejashwi Yadav | I have been saying from the beginning that the NDA government is an anti-farmer, anti-labourer and anti-poor government. These people want to force the anti-laws. This law is completely anti-farmer, which will continuously harm the farmers and will have an impact on our country: RJD leader Tejashwi Yadav on the Farmers’ Bill passed in Lok Sabha yesterday. The Indian Institutes of Information Technology Laws (Amendment) Bill, 2020 will be tabled in Rajya Sabha at 12 PM.

It was a compulsion, it was not out of any love for farmers. For four months, they tried to fool farmers but ended up making laughing stock of themselves. I think people have seen through it. In the process, they also lost their respect in NDA. Precisely because they have no backing from farmers, Modi ji thought it well to dump them because without support from farmers, Shiromani Akali Dal is nothing but a burden for them: Sunil Jakhar, Punjab Congress chief on Harsimrat Kaur Badal’s resignation from Union Cabinet. BJP MPs from Rajya Sabha write to National Human Rights Commission (NHRC) seeking probe into human rights violations by Maharashtra government. The letter, written by Vinay Sahasrabuddhe and two other MPs from Rajya Sabha, cites several examples including the lynching of sadhus in Palghar,  abduction of a civil engineer from Thane, beating up of a retired naval officer, and several cases against journalists.

Congress MP K Suresh has given Adjournment Motion notice in Lok Sabha over lathi-charge on Kerala States Union and Youth Congress workers during protests, deteriorating law and order situation in the state and demand for Home Ministry to intervene.

Rajya Sabha Proceedings | BJD leader from Odisha Muzibulla Khan raises Census issue in the Rajya Sabha and requests for a fresh Census for the state of Odisha. 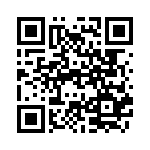