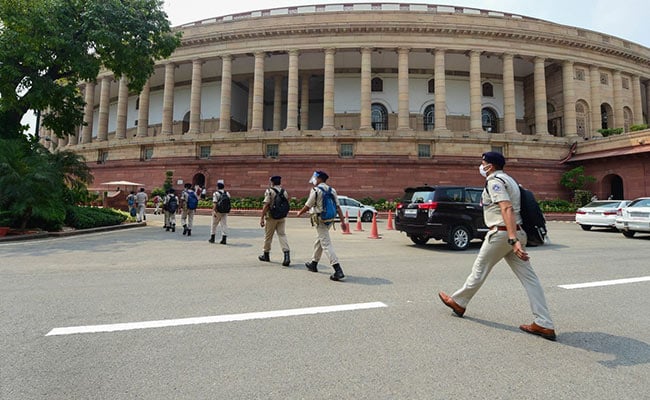 Parliament Monsoon Session Updates: The monsoon session of the Parliament began on September 14.

Lok Sabha on Thursday passed two bills related to “reforms” in agriculture marketing after a debate with Union Agriculture Minister Narendra Singh Tomar stating that the legislations will “end licence raj” and farmers will be free to sell their agricultural produce according to their choice.

The House passed the Farmers’ Produce Trade and Commerce (Promotion And Facilitation) Bill, 2020 and the Farmers (Empowerment And Protection) Agreement on Price Assurance and Farm Services Bill, 2020.

The bills seek to replace two ordinances brought by the government earlier this year.

Akali Dal’s only Union minister Harsimrat Kaur Badal resigned from Prime Minister Narendra Modi’s cabinet today as her party faced heat from farmers over its initial support to ally BJP’s farm sector bills. The minister, who attended the cabinet meet that cleared the bills, stepped down shortly before the bills were passed by the Lok Sabha, tweeting that she was “Proud to stand with farmers as their daughter & sister”.

Here are the Highlights from the Parliament session:

Sep 17, 2020 21:52 (IST)
Farm bill cleared in Lok Sabha, opposition parties walk out
Sep 17, 2020 21:13 (IST)
TMC, Congress, few other parties oppose agriculture sector reform bills
Opposition parties, including TMC, Congress, DMK and BSP, on Thursday opposed two agriculture sector reform bills in Lok Sabha, saying they are against the interests of small and marginal farmers.
Participating in a discussion on ”The Farmers” Produce Trade and Commerce (Promotion and Facilitation) Bill” and ”The Farmers (Empowerment and Protection) Agreement on Price Assurance and Farm Services Bill”, Kalyan Banerjee of the Trinamool Congress said his party strongly opposes them and if the “draconian” bills are passed, they will adversely affect 60 per cent people of the country who are poor and marginal farmers.
Mr Banerjee said the new laws will lead to hoarding of produce and their black-marketing and the Centre has sought to take away powers of states to act against them by amending another law. The common man will suffer and there will be price rise, he alleged.

K Shanmugasundaram (DMK) opposed the bills and stated that the government should have done away with the export restriction on agricultural commodities.

Sep 17, 2020 20:21 (IST)
Eight opposition parties protest non-payment of GST dues, Congress not invited
The leaders of eight opposition parties on Thursday held a protest in the Parliament complex against the government, demanding GST dues. Congress leaders were absent from the protest.
Addressing a press briefing after the protest, Trinamool Congress (TMC) MP and national spokesperson Derek O’ Brien said the largest opposition party was not invited for the agitation.
Leaders from the TMC, Telangana Rashtra Samithi (TRS), Rashtriya Janata Dal (RJD), Aam Aadmi Party (AAP), Dravida Munnetra Kazhagam (DMK), Samajwadi Party (SP), Nationalist Congress Party (NCP) and Shiv Sena took part in the protest.
“It is increasingly becoming clear to us that in Parliament, the regional parties are finding it easier to coordinate with each other to strategise. The Congress can no longer decide the subject and then the dosage of opposition strategy. They cannot do something in the states and seek support in Parliament,” Mr O’Brien said.
The protest comes ahead of a scheduled debate on Goods and Services Tax (GST) in Rajya Sabha, that the government agreed upon on the insistence of the opposition parties in an informal meeting chaired by Defence Minister Rajnath Singh Wednesday evening.
At a meeting of the GST council on August 27, Finance Minister Nirmala Sitharaman had acknowledged that states are likely to face a GST revenue gap of Rs 3 lakh crore this year, as the economy may contract due to COVID-19, which she termed an unforeseen “act of God”.
The states were asked to borrow to meet the shortfall.
Sep 17, 2020 19:47 (IST)
Union Minister Harsimrat Badal Quits Over Centre’s New Bills For Farmers
Shiromani Akali Dal president Sukhbir Singh Badal announced in Lok Sabha on Thursday that party leader and Union minister Harsimrat Kaur Badal will quit the Modi government in protest against the three farm bills tabled by the Centre in Parliament.
In his speech during a discussion on two of the farm bills — the Farmers Produce Trade and Commerce (Promotion and Facilitation) Bill and the Farmers (Empowerment and Protection) Agreement on Price Assurance and Farm Services Bill, Sukhbir Singh Badal said the proposed laws will “destroy” the 50 years of hard work done by successive Punjab governments to build the farm sector.

He recalled Punjab”s massive contribution in making India self-sufficient in food grain production as he vehemently opposed the bills.

Sep 17, 2020 18:45 (IST)
DMRC suffered loss of Rs 1,609 cr due to closure of metro services: Centre in Parliament
The Delhi Metro Rail Corporation (DMRC) suffered a loss of around Rs 1,609 crore due to the closure of metro services in view of the COVID-19 pandemic, Union Housing and Urban Affairs Minister Hardeep Singh Puri told Lok Sabha on Thursday.
Delhi Metro services, which were shut on March 22 to contain the spread of novel coronavirus, resumed on September 7 in a phased manner. Full-fledged normal operations resumed on September 12.

“DMRC has informed that loss of revenue due to closure of metro services in view of COVID-19 pandemic is around Rs 1,609 crores,” Puri said in a written reply to a question.

During the lockdown period, he said, preparatory work like detailed designing, preparation of tender schedule and finalisation of tenders, among other things, had been carried out by the DMRC.

Mr Puri said the DMRC has informed that payments towards its loan have been made as per schedule.

Sep 17, 2020 16:08 (IST)
Opposition demands restoration of status quo ante of April on LAC with China
Opposition leaders in the Rajya Sabha asked the government on Thursday to restore status quo ante as on April this year on the India-China border.
Cutting across party lines, members in the Upper House of Parliament expressed their solidarity and support to the armed forces, which are facing a standoff situation against the Chinese army in eastern Ladakh.
Leader of Opposition Ghulam Nabi Azad, Anad Sharma and former defence minister A K Antony of the Congress asked the government to take efforts to restore the status quo ante of April and resolve the over-three-month-old border standoff.
Some members such as Prasanna Acharya of the Biju Janata Dal (BJD) and Sanjay Raut of the Shiv Sena cautioned the government while entering into any agreement with China over the present situation.

Defence Minister Rajnath Singh made a statement in the Rajya Sabha after the government and opposition agreed that there will be no discussion on the sensitive issue.

Sep 17, 2020 15:29 (IST)
Lok Sabha Adjourned Till 4 PM
Lok Sabha proceedings were adjourned for one hour  after paying tributes to sitting member Balli Durga Prasad Rao who died while undergoing treatment for COVID-19. As soon as the House met for the day at 3 pm, Speaker Om Birla mentioned Balli Durga Prasad  Rao’s death and paid tributes to him. The members stood in silence for a brief duration as a mark of respect. The Speaker then adjourned the proceedings till 4 pm.
Sep 17, 2020 15:26 (IST)
This is problematic for the farmers. This should be reconsidered if we really want to save farmers: National Conference MP, Farooq Abdullah on Bills for farmers in Parliament.
Sep 17, 2020 13:54 (IST)
Rajya Sabha adjourned till 9 am tomorrow.
Sep 17, 2020 12:50 (IST)
In the present situation, there are sensitive operational issues which I cannot detail. I hope the House will understand the sensitivity of the matter: Defence Minister Rajanth Singh on India-China border issue.
Sep 17, 2020 12:50 (IST)
The situation this year is very different both in terms of scale of troops involved and no. of friction points. We do remain committed to peaceful resolution of the current situation. At the same time, we remain prepared to deal with all contingencies: Rajnath Singh in Rajya Sabha.
Sep 17, 2020 12:40 (IST)
Chinese actions reflect a disregard of our various bilateral agreements: Rajnath Singh

While our armed forces abide scrupulously by it, this has not been reciprocated by the Chinese side: Defence Minister Rajnath Singh in Rajya Sabha on India & China border issue https://t.co/ba0c9btOrb

Sep 17, 2020 12:36 (IST)
Conduct of our armed forces throughout these incidents shows that while they maintained ‘Sayyam’ in face of provocative actions, they also equally displayed ‘Shaurya’ when required to protect territorial integrity of India: Defence Minister in Rajya Sabha on India-China face-off.
Sep 17, 2020 12:35 (IST)
China continues to be in illegal occupation of approx 38,000 sq. kms in the Union Territory of Ladakh: Rajnath Singh in Rajya Sabha

Sep 17, 2020 12:29 (IST)
Indian army sacrificed to protect the country. PM Modi went to ladakh and met the jawans and encouraged them. I have also seen their bravery. The border issue is still unresolved, said Rajnath Singh in Rajya Sabha.
Sep 17, 2020 12:14 (IST)
We are hopeful that by the start of next year, the vaccine will be available in India, said Health Minister in Rajya Sabha.

India is making efforts just like other countries. Under PM’s guidance, an expert group is looking at it & we have advanced planning in place. We are hopeful that by start of next year, vaccine will be available in India: Health Minister Dr Harsh Vardhan in Rajya Sabha #COVID19pic.twitter.com/wASGD6ktIP

The Govt wasted the golden months to stop #COVID19. WHO had sounded a warning in Dec 2019. As China is our neighbouring country, we should have been alert first. Congress’s Rahul Gandhi had also alerted that an epidemic was looming over us: Congress MP GN Azad in Rajya Sabha pic.twitter.com/rYWvGJLjvp

Sep 17, 2020 11:44 (IST)
14,12,835 Indian nationals have returned to India through Vande Bharat Mission. The exercise is ongoing: V Muraleedharaan, MoS MEA in a written reply in Rajya Sabha.
Sep 17, 2020 10:07 (IST)
I request for the introduction of ‘special trains’ in Andhra Pradesh. Recently 80 trains were introduced but not a single train running between Hyd-Vizag, Hyd-Tirupati. Request Railway Minister to run special trains between these destinations, VV Reddy, YSRCP MP said in Rajya Sabha

I request for the introduction of ‘special trains’ in Andhra Pradesh. Recently 80 trains were introduced but not a single train running between Hyd-Vizag, Hyd-Tirupati. Request Railway Minister to run special trains between these destinations: VV Reddy, YSRCP MP in Rajya Sabha pic.twitter.com/x1WDHUi8M8

Sep 17, 2020 09:54 (IST)
Many patients in Maharashtra are recovering from COVID-19 and the fight is against the infection and not a political one, said Shiv Sena MP Sanjay Raut.

I want to ask the members how did so many people recover? Kya log bhabhi ji ke papad kha karke theek ho gaye? This isn’t a political fight but a fight to save the lives of people: Shiv Sena MP Sanjay Raut during a discussion on the Statement made by Health Minister on COVID19 https://t.co/hswIFDPTlc

Sep 17, 2020 09:31 (IST)
Parliament Schedule For Today
Obituary reference
Bills to be introduced
-The Taxation and Other Laws (Relaxation and
Amendment of Certain Provisions) Bill, 2020
Bills for consideration and passing
-The Farmers” Produce Trade and Commerce
(Promotion and Facilitation) Bill, 2020.
-The Farmers (Empowerment and Protection)
Agreement on Price Assurance and Farm Services Bill,
RAJYA SABHA
Defence Minister Rajnath Singh to make a statement on the ”Developments on our borders in Ladakh”
Bills for consideration and passing
-The Salaries and Allowances of Ministers (Amendment)
Bill, 2020.
-The Homoeopathy Central Council (Amendment) Bill,
-The Indian Medicine Central Council (Amendment) Bill,
-The Insolvency and Bankruptcy (Second Amendment) Bill, 2020.
Sep 17, 2020 08:56 (IST)
Sukhdev Singh Dhindsa has given Zero Hour notice in Rajya Sabha over the demand to declare the Punjabi language as the 6th official language of Jammu and Kashmir. 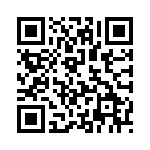