The Lok Sabha passed the Farmers’ Produce Trade and Commerce (Promotion and Facilitation) Bill, 2020, and Farmers (Empowerment and Protection) Agreement on Price Assurance and Farm Services Bill, 2020 by a voice vote.

All amendments suggested so far, most of them by Revolutionary Socialist Party MP NK Premchandran were rejected by the Lower House.

Agriculture Minister said that contract farming is not meant to help corporates, but to help farmers. He said that the bill will ensure that many services will reach small farmers. “Contract will not lead to taking over of land. If the corporates build some infrastructure, it will only benefit the farmer in the end,” Narendra Tomar said.

Tomar also added that the contracts signed under this law will also have a provision that if prices at time of sale are more than what agreed to at time of contract then farmer will get a certain percentage of the additional profit. He said that the trade outside APMCs will also give the farmers an option to avoid payin the mandi tax imposed by various state governments.

Agriculture Minister said that the new bill is not anti-farmer and will lead to more traders competing for farmers’ produce, which in turn will get them better prices. “License, Inspector Raj will end, corruption will end and farmers, traders will be free to buy and sell anywhere in the country,” the minister said.

The BJP on Thursday rejected the allegations of the Congress against the Union government over three agriculture sector bills as “complete lies” and alleged that the opposition party was the “worst pest”. The Congress had earlier said that the farm sector legislations brought in by the government defeat the purpose of the Green Revolution and will be “a death knell for the future of farming” as it alleged that the Modi dispensation, akin to the coronavirus pandemic, was attacking lives and livelihood of farmers

I have resigned from Union Cabinet in protest against anti-farmer ordinances and legislation. Proud to stand with farmers as their daughter & sister.

Minister of Agriculture and Farmers Welfare, Narendra Singh Tomar says in the UPA government of 2009-10, the agriculture ministry budget was Rs 12,00 crore, and now under PM Modi’s leadership, the budget has been increased to Rs, 1,34,000.

Lok Sabha was scheduled to sit till 7 pm but the time was extended till 8 am to continue the discussion on the Farmers’ Produce Trade and Commerce (Promotion and Facilitation) Bill, 2020. Later, the time was again extended till such time that the bill is passed. This is despite several MPs opposing the bill and an NDA ally announcing resignation as protest against the move.

TRS MP Bheemrao Baswanthrao Patil said that by bringing in corporate players through contract farming, the government is putting at risk the hundreds of poor farmers who rent farm lands from owners on feeble verbal contracts with little bargaining power. The MP said that landowners will clearly prefer corporates over poor farmers who are ploughing fields on batai (tenants farm the land and split the produce with absentee landlords under this system).

The MP also said that the bill mentions some grievance redressal mechanism for any disputes but what chance will farmers stand in face of large corporations with infinite legal resources at their disposal. 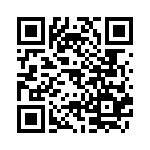