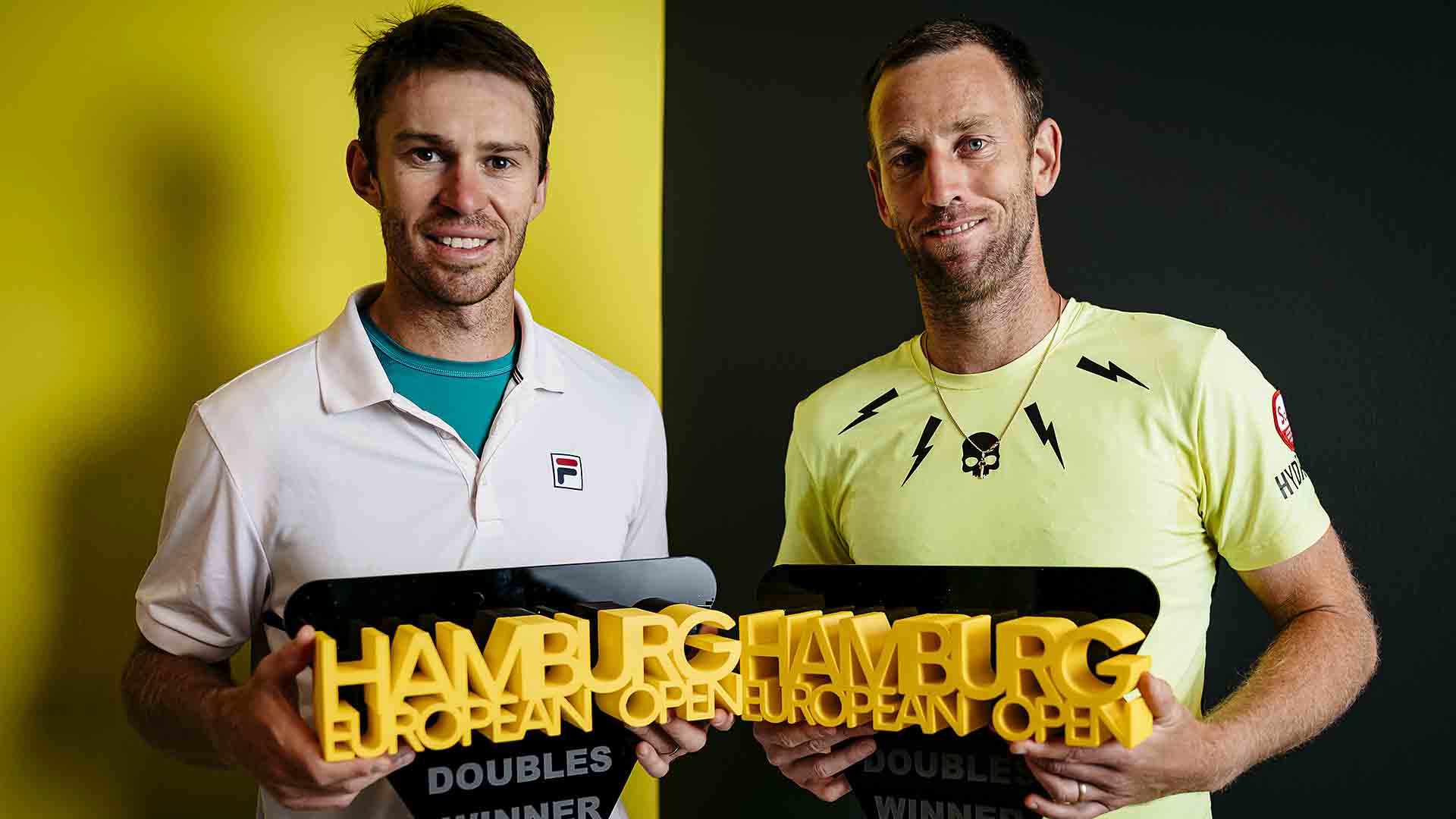 The unseeded pairing added a second ATP 500 title to its collection after 67 minutes, saving five of six break points to defeat the 2017 champions. Peers and Venus, who own a 14-6 team record, claimed their maiden team title at the Dubai Duty Free Tennis Championships in February. They joined forces at the ASB Classic in January.

“It has been a great week here. [It was the] perfect preparation going into next week in Paris,” said Venus. “We got plenty of quality matches. It was a really tough draw. We are really excited and hopefully we can keep building on it.”

Last week’s Rome semi-finalists join Marcel Granollers and Horacio Zeballos as the only teams to win multiple ATP Tour titles this year. Peers and Venus recovered from 3-6, 3-5 down and saved a match point against Jean-Julien Rojer and Horia Tecau in the semi-finals.

You May Also Like: Rublev Rallies, Earns First ATP 500 Crown In Hamburg

Peers improves to 3-0 in Hamburg championship matches. The Aussie claimed back-to-back titles at the event in 2015 (w/J. Murray) and 2016 (w/Kontinen). Venus adds a 12th tour-level crown to his collection.

“I enjoy coming back to Hamburg,” said Peers. “It is always a good city to come back to and I actually enjoyed playing on the Centre Court. It is a lot of fun. We just continue to build and keep working hard week-to-week and day-to-day. It has been really good to get through the tough draw here, [with] quality matches every time. For us to play the level we did was fantastic.”

Dodig and Pavic were making their first appearance as a team since reaching the semi-finals in Hamburg last year. The Croatian team drops to 2-3 in tour-level championship matches.

“We just hung in there [and] played a really clean, really good first set,” said Venus. “Then, to be honest, we got lucky to break back in the second set and just took our chances when we had them. I just thought we kept going, not really worried about the score and just kept playing tennis and kept going and competing. I think that was the difference today.”