People having sex with casual partners are more than twice as likely (85 per cent) to use condoms as people in committed relationships (36 per cent), says a new study.

Researchers from McMaster University peered into the most intimate moments of sexually active women and men across Canada to ask if they’re using condoms, all in an effort to gather data that could inform decisions around public health and sex education.

For the study, published in the journal PLOS ONE, the researchers looked at penile-vaginal intercourse, a broad area that has been under-explored in recent decades.

“The indications that condom education is associated with increased condom usage is an important reminder, if that education did not exist, condom use would decline and risk would rise,” said the study’s lead researcher Tina Fetner from McMaster University in Canada.

In the study, researchers surveyed 2,300 people, balanced to mirror the gender, age, linguistic, educational, minority and regional make-up of Canada itself.

The survey included adults who have had intercourse at least 10 times in the last six months.

The survey revealed that 30 per cent of Canadians use condoms in penile-vaginal intercourse. Use is highest among young adults. (71 per cent among 18- to 35-year-olds).

Men who have been diagnosed with sexually-transmitted infections are about three times more likely to never use condoms than men who haven’t received an STI diagnosis, the study said.

“The conclusion in the field is that there is a group of people who are just risk-takers, who are more likely to get STIs and continue with their risky behaviour,” said Fetner.

According to the study, men from visible minority groups are much more likely (67 per cent) than white men (40 per cent) to use condoms.

In later stages, the research team plans to survey people in other countries where data is lacking, and to analyse how the results compare to existing policies that might be changed to minimize STIs and unwanted pregnancies through improved condom use. 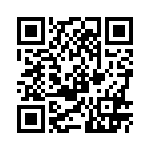