New Delhi: Nationalist Congress Party (NCP chief Sharad Pawar said on Tuesday that an alliance with the Shiv Sena in Maharashtra was “not difficult” when compared to a tie-up with the BJP, and said his nephew Ajit Pawar had rebelled against the party as he was “totally unhappy” with the way talks were going on with the Congress in the state.

Seen as the architect of the alliance between the avowedly secular Congress-NCP and the Sena, an aggressive proponent of Hindutva for decades, Pawar said there was “perfect understanding” among the ideologically diverse allies and expressed confidence that the Uddhav Thackeray-led Maharashtra government would complete its term.

Speaking about his discussions with Prime Minister Narendra Modi, the NCP chief told NDTV that he conveyed to the PM it would not be possible for his party to work with the BJP.

“For us, it was not difficult to work with the Sena as compared to the BJP. That was not the route we could have taken,” said Pawar.

Asked about Ajit Pawar’s decision to join hands with the BJP, before a lack of support from NCP MLAs forced him to return to his party, the senior Pawar said, “He (Ajit) came back from that discussion between us and the Congress and he was not very happy. He was totally unhappy. In that connection, he ultimately took that extreme decision.”

In an early morning development on November 23, Devendra Fadnavis was sworn in as the Maharashtra chief minister and Ajit Pawar as his deputy.

“But he (Ajit) realised it was not the correct decision and that is why he came early morning the next day, saw me and just withdrew from all this,” Pawar said.

Sharad Pawar, however, added that his nephew had a sizeable following in the NCP, but declined to comment on whether the latter would get the deputy chief minister’s post in the new government in Maharashtra. 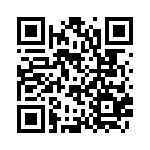