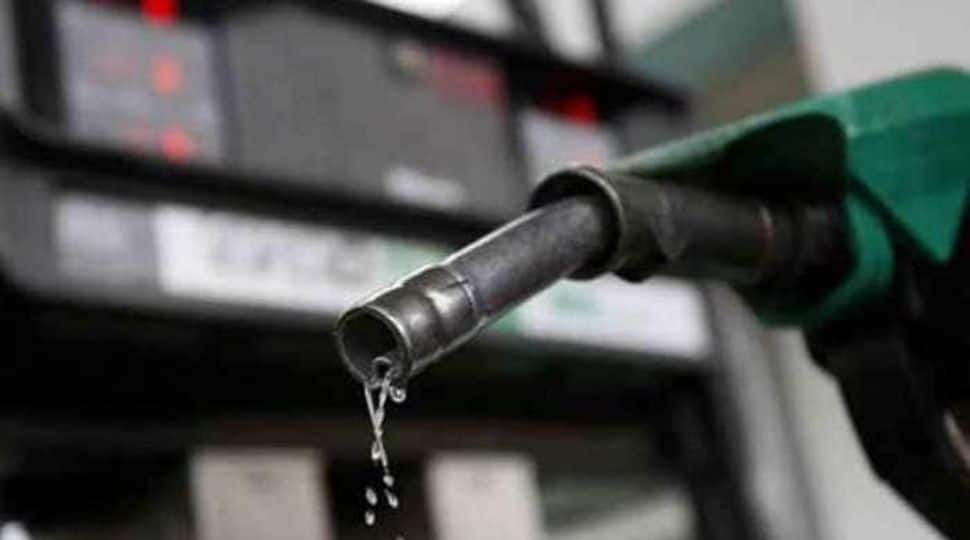 New Delhi: Petrol price on Friday (January 22) crossed Rs 92 a litre mark in Mumbai, while diesel touched an all-time high after rates were raised for the third time this week.
Petrol and diesel prices were hiked by 25 paise per litre each, according to a price notification from oil marketing companies.

Diesel rate climbed to Rs 75.63 a litre in the national capital – its highest ever. In Mumbai, diesel price too increased to an all-time high of Rs 82.40, the price data showed.
Petrol and diesel prices were raised by 25 paise per litre each on January 18 and 19.

Fuel prices are now at a record high in the country, prompting cries for a cut in excise duty to ease the burden on the consumers.
Oil Minister Dharmendra Pradhan earlier this week blamed Saudi oil output cut for the surge in oil prices but remained non-committal on tax cuts.

Top oil explorer Saudi Arabia has pledged additional voluntary output cuts of 1 million barrels per day in February and March, which has led to price climbing to most since the pandemic broke out.
“A few months back, we all were discussing consumption-centric revival, demand-driven revival, and we were supposed to restrict our production cut, and ramp-up (of production) gradually by January.

But contradiction to that, we all are controlling oil production (now),” he said at an energy conference referring to a deal between Organisation of the Petroleum Exporting Countries (OPEC) and its allies, including Russia.

This cut, he said, was “creating confusion” among consuming nations. “This kind of scenario will push us to more alternative methods of energy sourcing. Every country has its own strategy. Being a major consumer of the globe today, we would be looking towards more alternative energy sources,” Pradhan said.

“If the producing countries will not recognise our aspiration then new business models are bound to come up,” he had noted.
However, OPEC Secretary-General Mohammad Sanusi Barkindo who was also present at the conference, countered Pradhan saying the output cut was within the framework of last year’s deal to cut output by about 9.7 million barrels per day and were aimed at keeping oil markets stable on a sustainable basis.

With weaker projections of demand returning globally, OPEC and its allies “decided to temper the restoration of supplies,” he said. “We do not allow disequilibrium and building of stocks to materialise.”
The production cut decision was taken “to assist all of us in the group including India and other consumers to maintain stability,” he had said. “Our target remains stable oil markets. And to have this on a sustainable basis, we need to adjust, we need to flexible, we need to be adaptable but it is all within the framework of 9.7 million bpd that will last until 2022.”

Since then, rates have gone up by Rs 1.74 a litre on petrol and Rs 1.76 in case of diesel.
This comes after international oil prices firmed up on hopes of demand returning from the rollout of coronavirus vaccines in different countries, including India.

When fuel prices had last touched record high on October 4, 2018, the government had cut excise duty on petrol and diesel by Rs 1.50 per litre in a bid to ease inflationary pressure and boost consumer confidence. Alongside, state-owned fuel retailers cut prices by another Re 1 a litre, which they recouped later.
This time, there are no indications of a duty cut so far.

Petrol and diesel prices are revised on a daily basis in line with benchmark international price and foreign exchange rates. They vary from state to state depending on the incidence of local taxes.