The universal speed limit of any kind of wave – be it electromagnetic or gravitational – travelling through a vacuum has been known since Albert Einstein developed his theory of special relativity in 1905. But the maximum speed of sound moving through a solid or a liquid has just been calculated for the first time. It is about 36 kilometres per second, more than 8000 times lower than the speed of light in a vacuum.

To make this calculation, Kostya Trachenko at Queen Mary University of London and his colleagues started with two well-known physical constants: the ratio of proton mass to electron mass, and the fine structure constant, which characterises the strength of interactions between charged particles.

Trachenko says we have a pretty good idea of these values, because if they were changed even a bit, the universe wouldn’t look at all like it does. “If you change these constants by a few per cent, then the proton might not be stable anymore, and you might not even have the processes in stars resulting in the synthesis of heavy elements, so there would be no carbon, no life,” he says.

Sound is a wave that propagates by making neighbouring particles interact with one another, so its speed depends on the density of a material and how the atoms within it are bound together. Atoms can only move so quickly, and the speed of sound is limited by that movement.

Trachenko and his colleagues used that fact along with the proton-electron mass ratio and the fine structure constant to calculate the maximum speed at which sound could theoretically travel in any liquid or solid: about 36 kilometres per second.

“The common wisdom was that diamond has the highest speed of sound, because it is the hardest material, but we didn’t know whether there was a theoretical fundamental limit to it,” says Trachenko. The theoretical bound is about twice the speed of sound in a diamond.

The speed of sound is also dependent on the mass of the atoms in the material, so the researchers predicted that solid metallic hydrogen – a material that theoretically exists at the centre of giant planets, but for which laboratory evidence has been hotly contested – should have the highest speed of sound. They calculated that it should be close to the theoretical limit. They also looked at experimental data for 133 materials and found that none of them broke the limit.

However, Graeme Ackland at the University of Edinburgh in the UK says that it isn’t clear the calculations produce a speed limit. “You can use these fundamental constants to get something with units of velocity, but I can’t quite see a good fundamental reason for why it is a bound. I’m not completely convinced.” He says that more work is necessary to find exactly how it applies to sound moving through heavier elements. 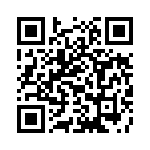