Sony has partnered with one of the world’s most famous rappers to promote the launch of the PlayStation 5. On social media, Sony announced that it’s working with Travis Scott, who will become a “strategic creative partner” for PlayStation going forward.

Scott himself created the video for the announcement, which features a number of other key members of the team that developed the PS5 hardware.

“We heard Travis is a huge PlayStation fan, so we started a conversation with him that led to this unique partnership,” Sony said in a blog post. “Through our mutual passion for gaming and creativity, we plan on collaborating with Travis and his Cactus Jack brand to produce innovative projects that we hope will delight our collective fans.”

Sony said it will share more about its partnership with Scott “soon.”

This is Scott’s second major branded partnership in 2020, as he also partnered with Warner Bros. to create a new song for Christopher Nolan’s movie Tenet.

With the launch of the PS5 coming up very soon, you can likely expect the Travis Scott promos to roll out anytime now, in addition to other marketing campaigns from Sony. The PS5 begins its global rollout on November 12, and you can see all the launch titles here.

GameSpot has now secured our very own PS5, and we’ll have lots more coverage of the next-gen console very soon. 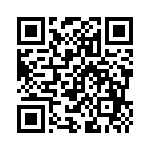