centre) : As Prime Minister Narendra Modi landed at the ISTRAC Isro centre in Bengaluru on Friday to witness the historic Chandrayaan-2 landing in the wee hours of Saturday, he said, “I have been regularly and enthusiastically tracking all updates relating to Chandrayaan-2 since it was launched on July 22. This mission manifests the best of Indian talent and spirit of tenacity. Its success will benefit crores of Indians.”
Requesting all Indians to watch the historic moon landing of the country’s lunarcraft, Modi tweeted, “I urge you all to watch the special moments of Chandrayaan-2 descending on to the Lunar South Pole! Do share your photos on social media. I will re-tweet some of them too.”

The PM will witness the moon landing along with 60 students who have been selected from across the country on the basis of a special space science quiz. Some students from Bhutan have also been invited to watch the historic event from the Isro control room in Bengaluru. “The youngsters with whom I will watch the special moments from the ISRO Centre in Bengaluru are those bright minds who won the ISRO Space Quiz on MyGov. The large scale participation in this Quiz showcases the interest of the youth in science and space. This is a great sign!” Modi tweeted.

I am extremely excited to be at the ISRO Centre in Bengaluru to witness the extraordinary moment in the history of… https://t.co/3cEPhtGiUp

The youngsters with whom I will watch the special moments from the ISRO Centre in Bengaluru are those bright minds… https://t.co/wSYkQ2SiUD

I have been regularly and enthusiastically tracking all updates relating to Chandrayaan – 2 since it was launched o… https://t.co/SeLCFyV52y

I urge you all to watch the special moments of Chandrayaan – 2 descending on to the Lunar South Pole! Do share your… https://t.co/PhYdWVY2qv

Over 300 journalists from across the country, including some from the foreign media, have congregated at ISTRAC to cover the moon landing in the south pole, which, if successful, will make India the first country in the world to successfully land in the south pole region of Moon and the fourth country after USSR, US and China to softland its craft on Moon.

The moon landing will be telecast live from 1.10am on Doordarshan, webcast on Isro website and streamed on Youtube, Facebook and Twitter. People from across the country have already started sending greetings and wishes to Indian space scientists on social media, which shows the excitement level on Chandrayaan-2 landing.

Jerry Michael Linengar, a former National Aeronautics and Space Administration (Nasa) astronaut who had flown on US space shuttles and spent over five months on Russia’s Mir space station, is in India to do a special show at 11.30pm on Friday night on Chandrayaan-2 moon landing that will be live telecast on National Geographic.

The Nasa veteran said he is “impressed with Isro’s robotic mission to Moon”. Excited about his Chandrayaan-2 show, he said, “I came here from half way around the world to do a special show to share the excitement with Indians on Chandrayaan-2 and celebrate the great accomplishment. I hope that India would share that great moment with me. Future looks great for us.”

As the historic moment nears, Isro scientists are excited and anxious. Isro chairman K Sivan had earlier told TOI that the last “15 minutes before the moon landing during the final descent will be the most terrifying moments for us” as Isro is going to perform this landing operation for the first time.

People from across the country have already started sending greetings and wishes to Indian space scientists on social media, which shows the excitement level on Chandrayaan-2.

“Certainly there is lot of anxiety in the minds of the entire (Chandrayaan-2) team because it’s a very complex operation and we are doing it for the first time,” a senior official associated with the mission, said.

“Everything… sensors, computers, command systems… has to work perfectly. But we are confident in the sense we have conducted a large number of simulations on the ground; it gives us the confidence it would go alright,” the official said.

He described the soft-landing as “almost like placing a baby on the cradle”, and said, “there is certain amount of anxiety but there is no fear.”

As India attempts a soft-landing on the lunar surface, all eyes will be on the lander ‘Vikram‘ and rover ‘Pragyan‘.

The 1,471-kg ‘Vikram’, named after Dr Vikram A Sarabhai, father of the Indian space programme, is designed to execute a soft-landing on the lunar surface, and to function for one lunar day, which is equivalent to about 14 earth days.

Chandrayaan-2’s 27-kg robotic vehicle ‘Pragyan’, which translates to ‘wisdom’ in Sanskrit, can travel up to 500 metres from the landing spot on the Moon and leverages solar energy for its functioning.

“The lander carries three scientific payloads to conduct surface and sub-surface science experiments, while the rover carries two payloads to enhance our understanding of the lunar surface,” according to Isro.

‘Vikram’ will perform a series of complex braking manoeuvres to soft-land in the South polar region of the Moon between two craters, Manzinus C and Simpelius N, on September 7.

A few hours later, the rover will roll down from ‘Vikram’ and will explore the surrounding lunar terrain.

Chandrayaan-2, a follow-on mission to the Chandrayaan-1 venture launched more than a decade ago, comprises an orbiter, lander (Vikram) and rover (Pragyan).

The mission life of the orbiter will be one year while that of the lander and rover will be one lunar day which is equal to 14 earth days.

A successful touch-down will make India the fourth country after Russia, the US and China to achieve a soft landing on the moon, and the first to launch a mission to the unexplored south polar region.

Sivan recently said the proposed soft-landing was going to be a “terrifying” moment as the Isro has not done it before.

The spacecraft began its journey towards the moon leaving the earth’s orbit in the dark hours on August 14, after a crucial manoeuvre called Trans Lunar Insertion that was carried out by ISRO to place the spacecraft on “Lunar Transfer Trajectory.”

On September 2, ‘Vikram’ successfully separated from the orbiter, following which two de-orbiting manoeuvres were performed to bring the lander closer to the Moon.

The health of the spacecraft is being continuously monitored from the Mission Operations Complex at ISTRAC here with support from Indian Deep Space Network (IDSN) antennas at Bylalu, near Bengaluru.

The orbiter carries eight scientific payloads for mapping the lunar surface and study the exosphere (outer atmosphere) of the Moon, according to Isro officials.
(With inputs from PTI) 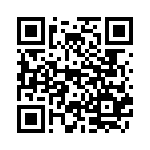