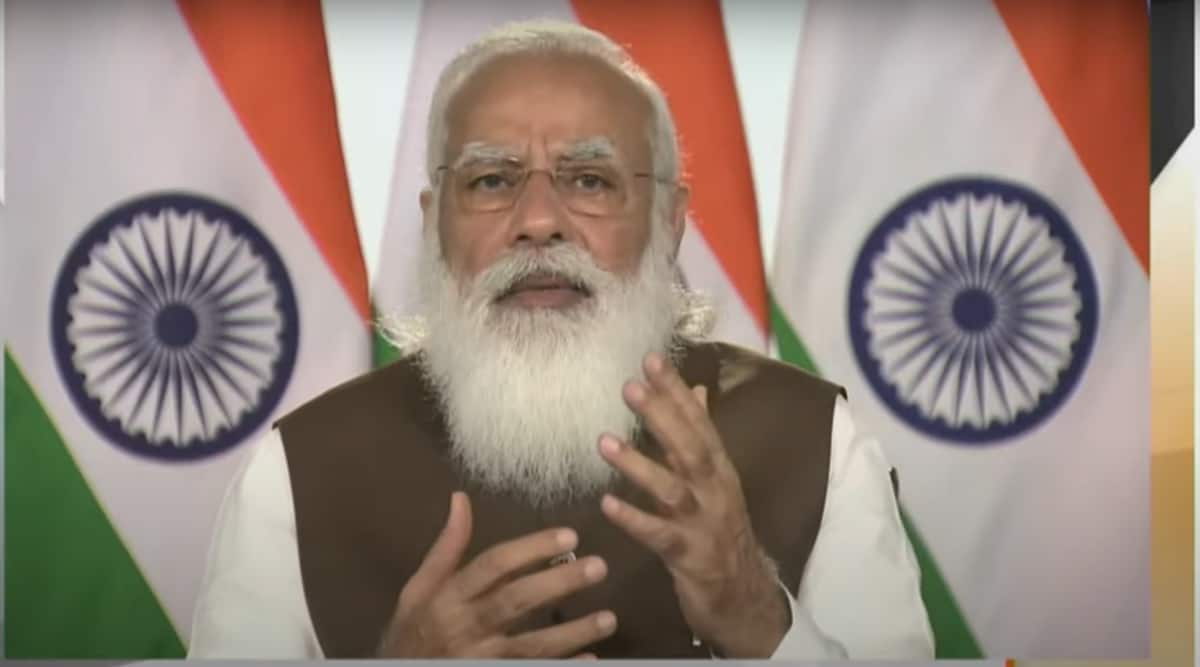 Prime Minister Narendra Modi, while addressing a webinar on the production-linked incentives scheme on Friday, called for stepping up manufacturing in India to increase job openings.

“We need to take big steps and increase our speed and scale in the manufacturing sector. After Covid’s experience, I am convinced that it’s India’s responsibility to move fast in this direction. Manufacturing transforms every segment of economy,” the Prime Minister added.

Speaking about the production-linked incentive (PLI) scheme that is aimed at expanding domestic manufacturing and boosting exports, Modi said 13 sectors, including telecom, auto and pharma, will benefit from it. “Provisions worth around Rs 2 lakh crore for the PLI scheme has been made. The scheme for textile and food processing will also help the entire agriculture sector,” Modi added.

In order to boost domestic manufacturing and cut down on import bills, the central government in March last year had introduced the PLI scheme that aims to give companies incentives on incremental sales from products manufactured in domestic units. Apart from inviting foreign companies to set shop in India, the scheme also aims to encourage local companies to set up or expand existing manufacturing units.

Asking all stakeholders to play an active role in developing the country, Modi said the Union Budget and country’s policymaking should not be restricted to a government process. “Every stakeholder associated with development of the country should have an effective engagement in it,” he added.

Union Budget & country’s policy-making shouldn’t just be restricted to a govt process. Every stakeholder associated with development of the country should have an effective engagement in it: Prime Minister Narendra Modi during a webinar on the Production Linked Incentives scheme pic.twitter.com/7Uw9JgCff2

Reiterating his commitment towards an “Atmanirbhar Bharat”, the Prime Minister said following discussions with people from various industries and after taking in their recommendations, the Centre has decided that it was the correct time to help Indian companies become globally competitive.

“Our government is bringing back-to-back reforms in this field. Our policy and strategy are clear. We believe in minimum government and maximum governance. Our expectation is zero effect, zero defect. To make our companies globally competitive, we will have to strive day in and day out,” Modi added.