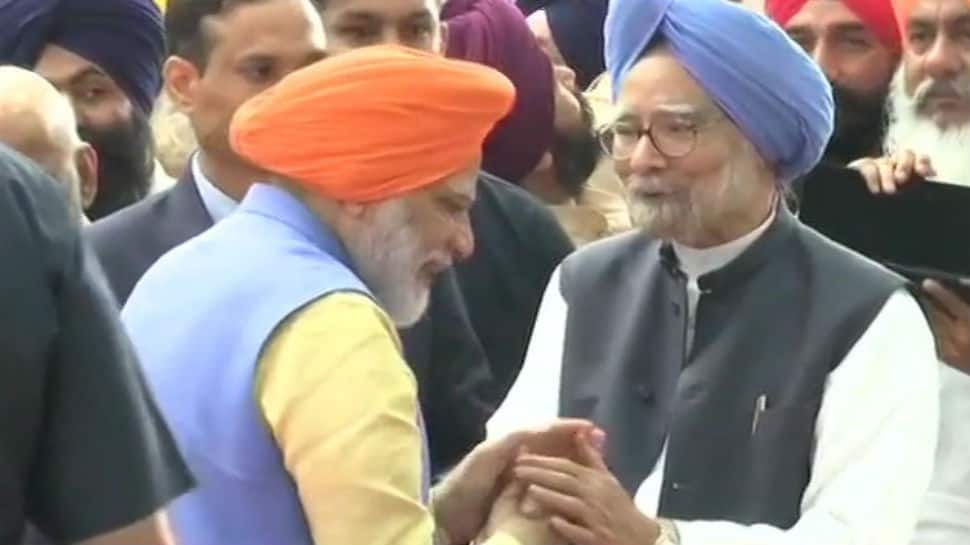 New Delhi: Prime Minister Narendra Modi on Saturday inaugurated the Kartarpur Sahib Gurudwara and flagged off the first batch of over 500 Indian pilgrims that will travel to Gurdwara Darbar Sahib of Pakistan’s Punjab province through the corridor.

An Integrated Check Post has been constructed where pilgrims will get clearance to travel through the newly-built corridor. The opening of the Kartarpur Corridor, which connects Dera Baba Nanak shrine in Gurdaspur, Punjab, to Gurdwara Kartarpur Sahib in Pakistan, comes days before the 550th birth anniversary of the founder of Sikhism, Guru Nanak Dev, on November 12.

The Prime Minister landed in Punjab earlier on Saturday. He was received by CM Amarinder Singh. Before heading for Dera Baba Nanak, he paid obeisance at the historic Ber Sahib Gurdwara at Sultanpur Lodhi.

At a function organised by the Shiromani Gurdwara Parbandhak Committee (SGPC) ahead of the inauguration, PM Modi thanked his Pakistani counterpart Imran Khan for respecting the sentiments of Indians and said that the opening of the Kartarpur Corridor has “brought us immense happiness”.

“I would like to thank the Prime Minister of Pakistan, Imran Khan Niazi, for respecting the sentiments of India. The opening of Kartarpur Sahib corridor before the 550th birth anniversary of Guru Nanak Devi Ji has brought us immense happiness,” he said.

Donning a saffron turban, PM Modi, in his address, also said that the corridor and the Integrated Check Post would serve thousands of devotees daily.

He also released a special coin and postal stamps on the occasion.

Before flagging off the first batch of pilgrims, comprising former Prime Minister Manmohan Singh and Chief Minister Amarinder Singh, PM Modi and other leaders partook at a ‘langar’.