Prime Minister Narendra Modi inaugurated the ‘Arogya Van’ in Kevadia of Narmada district on Friday as he began his two-day official visit to his home state of Gujarat. During the visit, he is scheduled to launch a host of projects, including a seaplane service between Kevadia and Ahmedabad, and visit the Statue of Unity.

The Prime Minister took a tour of ‘Arogya Van’, which has hundreds of medicinal plants and herbs and also provides information about their usage and importance. Gujarat chief minister Vijay Rupani and Governor Acharya Devvrat were also present.

The forest is spread over an area of about 17 acres and have five lakh plants of 380 selected species, according to the official statement.

PM Modi, who arrived in the morning, began his Gujarat trip by meeting relatives of the late Gujarat chief minister Keshubhai Patel in Gandhinagar. Patel, 92, a BJP stalwart, died on Thursday. During the meeting, PM Modi offered his condolences to the family and recalled his long association with the senior Bharatiya Janata Party (BJP) leader. “Modiji recalled his long association with Keshubhai and asked us about his last moments,” news agency PTI quoted a family member as saying.

He also offered his tributes to brothers Mahesh and Naresh Kanodia, who passed away recently.

During the day, he is also scheduled to inaugurate the Sardar Patel Zoological Park in Kevadia, a day before the 145th birth anniversary of country’s first home minister Vallabhbhai Patel. He will also unveil the Statue of Unity website in all UN official languages and the Kevadia App at the Unity Glow Garden.

The Prime Minister is also expected to meet his mother Hiraba, who lives on the outskirts of Gandhinagar city with his younger brother Pankaj Modi. 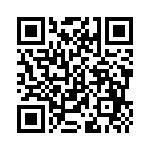