The Kevat family is overjoyed after receiving the PM’s letter.&nbsp | &nbspPhoto Credit:&nbspIANS

The letter congratulated the family on the marriage of their daughter which took place on Thursday. PM Modi sent his blessings and best wishes to the new bride and her family in the letter.

The Kevat family is overjoyed after receiving the letter.

Mangal Kevat, who loves in Domri village which has been adopted by the PM, had sent his daughter’s wedding invitation card to the Prime Minister.

“Some of my friends asked me to send an invitation to Modiji so I sent one to Delhi and one to his Varanasi office. I never expected a response but now that we have got his letter, we are overjoyed. I have shown the letter to all guests at my daughter’s wedding,” Kevat was quoted as saying by IANS.

Kevat who is a devotee of Ganga River spends a part of his earnings to the river. He has also actively participated in the Swachh Bharat campaign.

PM Modi had enrolled Kevat as a party member during BJP’s membership campaign.

In September 2019, a retired medical researcher in Vellore had received a similar letter from the PM after he invited him to his daughter’s wedding. The Prime Minister had thanked the TS Rajasekaran and his family for the invitation and congratulated the newly-wedded couple for their married life.

In the letter, the PM had also sent his best regards to the family and friends and all the loved ones who attended the wedding. 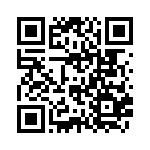