The programme aims at vaccinating over 500 million livestock including cattle, buffalo, sheep, goats and pigs against the disease. It will be implemented for a period of five years till 2024 at a cost of Rs 12,652 crore. The programme will include 1,750 animals including cows, buffaloes, and goats. The PM will also witness the open operation of an animal.

He will also honour 25 women who pick plastics from the garbage. He will visit the town for a duration of 100 minutes.

Here are the updates:

* PM Modi met the women who pick up plastics from the garbage and also extended a helping hand to them to sort the garbage. This comes in less than a month after PM Modi announced the ban of single-use plastic on the occasion of Independence Day.

Mathura: Prime Minister Narendra Modi meets women who pick plastic from garbage and extends a helping hand to them. PM will launch a campaign against single-use plastic products, today. pic.twitter.com/FZrFuJSuco 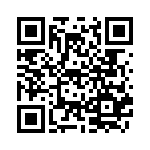